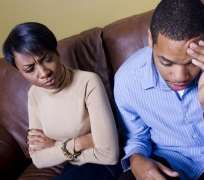 Let the record reflect that just because we find some of these unattractive- does not mean we will not attempt to sleep with you. Sleeping with you is a different ball game when compared with attraction.

The two are not mutually exclusive!

These are the sort of girls that you find at every party, in every bar or night club. And if you're confused; here are some pointers. They are wearing thick make up, chewing violently on fake gums and standing ALONE clutching unto their little purses! So we can already tell that they either don't have cars or they didn't come with anybody they could trust enough to hold their bags. Desperados don't want to dance of course; except you have a striking age resemblance with their dads back in the village or if you've got a tommy to remind them of theirs' before they got an abortion. But not dancing doesn't mean they don't appreciate drinks!

And while you do; she pretends to receive a call in front of a loud speaker!

Listen I'm not saying there's anything wrong in being bought a drink for; but women who act as though they are entitled to a man's wallet have got to go! It's unattractive and it's downright classless!

How a classy lady can turn from her 'whatever' attitude before you got her PIN to posting sad and teary icons on her blackberry profile, beats me. I mean come on girls; whatever happened to your pride? I know you're broke- but must the world know? Do you have to post all your problems to the new dude?

But I trust my Naija guys to say-

Jokes apart; one thing is certain; if he helps you with some money, he does so out of pity- which is not something you want a man dating you to feel for you. He should feel respect for you; so please respect yourselves. If a man starts giving you money immediately after meeting you, please don't go running to your gossipy friends 6 months later to tell them how wicked men are. He's just recouped his investment dividends for 6 months! And if you must tell them; please start such stories with how greedy you were.

Granted that most of us want girls who have Indian blood running in their veins; but we're not stupid enough to know that we can't all have that. Gbabes are girls whose hairs remind me of the psychiatric hospital opposite my church!

I know you can't all afford to wear the expensive lace wigs and Brazilian hair that Omotola or Patience Jonathan wears- but why not thank God for the Aba boys? They have made some extension braids and 'Brazilian hair' affordable for peanuts…

*Hums* “Sometimes I shave my legs sometimes I don't'. That's cool and all but I'm going to need you to shave under your arms and the other place (you know where.) I am not scared of using the P word but this is a family friendly website- and I'm sure you get the gist. We may be bush men here in Nigeria, but please give yourself an edge up by keeping it like a well-manicured lawn rather than like a jungle safari in the middle of Niger Delta!

Some girls know all the lyrics of all the tracks in Terry G's or Wizkid's Album. I once danced with a girl who took me through Timaya's discography while wearing a smile. She even knew what the upcoming tracks were! Now, don't get me wrong. It's all good.

But what's not good is that the Naija guy, you're dancing with or rapping at, has already formed an opinion of you! You're a loudmouth in his head. And you seriously can't fault him for this assumption.

What the average Nigerian who wants to have something serious with you- thinks about is; “what will my people say about this girl?”

Truth is; if I can't bring you home to momma we can't roll. I can't stand a woman whose every word is a curse; mothereffer this, son of a —– that et cetera. Kindly have at least; an ounce of class and act like a lady not an Obalende conductor!

Peace out and love to Nigerian ladies, I think you're all beautiful. These observations are not meant to offend any of you; but a little dose of 'keeping it real' is always healthy.