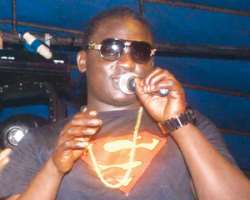 Wande Coal, Dr. Sid lose international passport Wande Coal and Dr. Sid, two artistes signed by Mohits Records, are sure doing great. In fact, Wande has managed to become one of the artistes on the A-list in Nigeria. And since he became a star, Wande and his colleagues in Mohits have been travelling abroad for shows and performances.

But it looks as if international trips for him and Dr. Sid may be stalled for some time as Life and Beat gathered that the two artistes have lost their international passports containing valid UK, US and South Africa visas to armed robbers.

Speaking to Life and Beat on the matter, Buraimo Fatai, an employee of List Entertainment, Mohits' events management company, said the passports were stolen from the travel agents who normally took care of the crews' travelling plans.

Fatai said, “My passport was among those that were stolen. We were supposed to travel and we gave the agent our passport. He later called us and said his bag was snatched at gun point and that he kept our passports in the bag that was stolen.”

Fatai, however, said they had replaced the passports. “We don't even have any international trip to make again this year. By the time we would need to travel next year, I am sure we would have renewed the visas. There is no way the robbers will return the passports. This is Nigeria. But the good thing is that they won't be able to use the visas,” he said.