Nollywood, Hollywood, and the African Diaspora 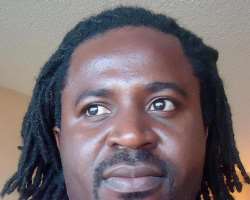 Nollywood refers to the West African centered movie industry that germinated from South-Eastern Nigeria in the late 1980's and early 1990's. It presently comprises of a decentralized tapestry of film production outfits from Nigeria to Ghana, other regions of West Africa, and the African Diaspora. Most credible and knowledgeable movie industry buffs rank Nollywood as the 2nd largest production outlet in the world behind Bollywood the Indian motion picture industry and in front of Hollywood the North American motion picture business headquartered in California. In Nigeria, the film industry arose as a progressive social marketing rebellion against the dictates of the Lagos and Abuja television aficionados who controlled the various means of national and state cinema productions.

Erstwhile to the contemporary revolution and creation of Nollywood, Nigerians were saddled with the Structural Adjustment Program SAP of the Dictator Ibrahim Babangida's administration. A bright idea that enabled the khaki boys and their civilian stooges with the assistance of the International Monetary Fund IMF to place the nation in economic austerity while they, the so-called 1% elites went about to chop the turkey and to chop the turkey's bones. As a result, financial constraints became the norm at the Nigerian Television Authority NTA and the military boys alias Northern Military Industrial Complex NMIC de-funded the cultural dramas and productions outfits that shone critical lens at their maladaptive governments. When our coffers were drained to buy mansions outside the country and build palaces in Nigeria by corrupt officials, the inventiveness of the first apostles of Nollywood took hold.

Consequently, the same talented folks in the industry that grew up watching television classics like New Masquerade, Village Headmaster, Things Fall Apart, Behind the Clouds with Nosa, Try Me from Aba, and Inside Out from Port-Harcourt retreated to the Southeast. They were forced into the corner because the nation no longer had the annual National Telefest competitions which showcased dramas and documentaries from all the regional NTA stations. Nigerian Telefest introduced some of us in the south to the Olumo Rock at Abeokuta in western Nigeria and Argungu Fishing Festival in Kebbi northern Nigeria for the first time. But the quintessential nail was placed on the coffins of NTA programming after the weekend Sunday 6pm show –Tales By Moonlight was unceremoniously taking off the air. Tales By Moonlight was the show that gathered and united children from various regions of the United Nations of Nigeria to the national village square tube. With the demise of these artistic outlets, some venturists from the south got the epiphany to produce local movies with funding, marketing, and distribution from investors in Aba and Onitsha. They declared their independence from the military juntas and their civilian surrogates.

Preceding this breakthrough the Nigerian populace was also inundated with movies from India such as Sholay, Nagin know as snake girl and from China /Hong Kong with films like Snake in the Monkey's Shadow and the initial epics from Bruce Lee. I vividly remember other little kids in my living room and around our house in Port-Harcourt lining up to get a glimpse of these movies. My older cousin Reginald Anyanwu (may our ancestors and God bless his soul) was the ring master. He must have garnered the wrath of many parents and/or families of child street vendors, who abandoned the goods in their trays for a chance to be kids. Of course we were also captivated by the British and American movies such as Simon Templar (The Saint), The Avengers, Some Mothers Do 'Ave 'Em with Frank Spencer, Charlie's Angels, Hawaii Five-O, and Sound of Music. Most of these were frequently shown on our national and local channels or gotten through VHS tapes.

Fast forward 20-25years and Nollywood films are being sold in landmarks retail establishments in the western hemisphere such as 7-Eleven stores. Indeed the Nigerian movie industry has derived mass appeal in Africa and among the African Diaspora. Young first and second generation African immigrants in the west are introducing their high school mates, universities, and graduate school colleagues to the Nollywood phenomenon. It is no secret that this movie industry has warmed up the hearts of other Africans to be more understanding of Nigerians and the baggage that we present. One could argue that Nollywood stars such as Genevieve Nnaji, Omotola Jalade Ekeinde, Sam Efe Loco, and Nkem Owoh have unwittingly promoted Nigeria and Africa positively like other cultural educational entertainment icons such as Fela and 2Face Idibia.

Despite the aforementioned strides, the responsibilities on the shoulders of Nollywood cinematography are enormous. As the largest Black owned, controlled, and sponsored vessel to depict African and Black culture, education, and entertainment, the onus on them is great. The reality is that the Nigerian and Ghanaian movie industry and their tributaries surpass the reach of Black Entertainment Television BET, Centric TV, and TV One which are African American mass media enterprises that are located in the United States. Ironically, Nollywood might be unconscious of their exposure and conscientiousness in the global market. Otherwise how do they explain characters that only preach against piracy while completely ignoring the issues of parental and viewers rating systems? Some of us in the African Diaspora who are eager to introduce our children to African cultures think it is unwholesome for us to watch actors with limited acting skills resulting to gimmicks such as racial and sexual expletives. These words are used especially to pad their way through roles, without warning to the audience and devoid of context. Whatever happening to saying Waka, Shege, u de bonbonro cigar? Have we lost these Pidgin English lingos that were used to convey rage and jest some years ago?

Indeed some of us in the African Diaspora are of the view that using the N-word and I wana wana language does not serve the image of the industry and deviates from the foundations of Nollywood. We want to see the African movie business take up issues of corruption, impunity, transparency, poverty, tribalism, injustice, self-hate, religious intolerance, racism, ineptitude governance that have bedeviled most people of black hue for centuries. African cinema needs to challenge Hollywood racism, stereotypes, biases, and prejudices that have been ingrained in the psychics of millions worldwide through the Minstrel Shows of the 1940-50's and the Tarzan movies. The Minstrel shows had depictions of black and white people painting their faces as black as coal to lampoon African descendents in a cesspool of racism. In the nearly 100 Tarzan movies the systematic themes are so repulsive in their sustenance of European and white hegemony.

In May of 2010, CNN Anderson Cooper reconstructed the infamous Doll Test conducted by psychologists Kenneth and Mamie Clark in1947 and found out that the perception of how African American and white children view blacks had not changed after more than half a century. The black kids and white kids in the contemporary experiment still characterized the black dolls/faces with negatives attributes. This is because of the overt socialization messages from institutions like Hollywood and other western businesses and retail organizations. They have a tendency to operate as though people of African decent are invisible and/or do not exist in non-positive reinforcement avenues. It was interesting to watch Mr. Cooper querying the kids, parents, and experts like Professor Eric Dyson on this subject when the media and some children books are the primary culprits in spreading this self-hate and external hostiles/prejudices. Nollywood could actually be a vehicle to mitigate and end these stereotypical and bias perceptions within the African Diaspora, Africa, and the world.

There ought to be the green lighting of more progressive and socially conscious projects between the Africans in Nollywood and the African Diaspora. These strategies can encourage projects springing up between the African motion picture industries and the likes of Shari Carpenter, Spike Lee, Marlies Carruth, Tyler Perry, Ayoka Chenzira, and Robert Townsend. Hopefully Ice Cube can also come on board and stop making caricatures of Africans in his movies – “I don't get gig with that shit.” In the same vein Usher Raymond and Alicia Keys will not soil a beautiful music video like My Boo with a trigger motion when African cab drives in the United States have been on the receiving end of senseless violence. Anyway the foray into cooperative work and responsibility will help heal the mindset of numerous Africans in the Diaspora. When black children in the United States are called Africans in school they will stop recoiling and thinking/feeling it is an insult worst than even the N-word. For example, discredited Republican presidential candidate Herman Cain and US Supreme Court Justice Clarence Thomas will rather submit themselves to a “high tech lynching” than get caught answering African Americans. Cooperation between Nollywood and the African Diaspora may also lead to some dynamics in which our African American relatives whose economic might is among the top ten in the world, become partners in our attempts to rid the African continent of our corrupt and ineffective regimes.

Moreover, the potentials are enormous for Nollywood if they decide to form these strategic and tactical alliances. There is going to be tremendous improving in the writing expertise and film productions of the African originated and lead industry. Nollywood will expand to include graphic and computer animations to counteract the downbeat influences of Hollywood on our children. African Diasporas in Europe, Asia, South America, Antarctica, and North America are sources of cultural infusion and technological knowledge that can sustain Nollywood for ages. One of the goals of the movie business in Africa should be to broaden their reach and improve societies along the way with peoples originated progressive messages. Instead of pursing the lifestyles of African dictators, Hollywood skewed glamour, and the so-called African corrupt elites (alias the 1%), their goals should be the systemic reintegration of the worldwide cultural lenses with media voices that are affordable to ordinary people. It is imperative for Nollywood to be at the apex of challenging what Bob Marley called Mental Slavery and what Fela termed Colonial Mentality.

Happy Kwanzaa
Dedicate to Mr. Malcolm X, Dr. Maulana Karenga, and to my cousin Mr. Reginald Anyanwu who resided in Ghana, South Africa, and Mozambique before his death.