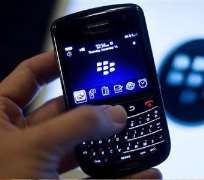 Research In Motion Ltd has turned down takeover overtures from Amazon.com Inc and other potential buyers because the BlackBerry maker prefers to fix its problems on its own, according to people with knowledge of the situation.

Amazon hired an investment bank this summer to review a potential merger with RIM, but it did not make a formal offer, said one of the sources. It is not clear whether informal discussions between Amazon and RIM ever led to specific price talk, or who else had approached RIM about a takeover.

RIM's board wants co-chief executives Mike Lazaridis and Jim Balsillie to focus on trying to turn around the business through the launch of new phones, better use of assets such as BlackBerry Messaging and restructuring, two sources said. They did not want to be identified as the discussions are private. RIM and Amazon declined to comment.

While RIM could strike technology licensing deals and other kinds of commercial partnerships to boost revenue, an outright sale or joint venture is not on the cards for now, they said.

"They have had approaches from folks who have wanted to have discussions," said one head of technology investment banking at a Wall Street bank. "The issue is it is hard to find a value that makes sense with a falling knife."

RIM's market value has plunged 77 percent in the last 12 months to about $6.8 billion following a series of disappointing quarterly reports, delayed phone launches, weak sales of the PlayBook tablet and other missteps. The shares tumbled last week on weaker-than-expected quarterly results and the announcement of a delay in the launch of the new BlackBerry 10 phones.

A RIM investor who declined to be named said the company was now essentially on the block.

"This story puts RIM in play, because shareholders are going to put it in play," the U.S.-based investor said. "It's over. This is now a company where the activists are in charge."

Activist shareholder Jaguar Financial Corp has called for a sale of RIM as a whole or in separate parts, such as the handset business, the network services operation, or the patent portfolio.

But RIM's management has told interested parties they do not want to sell or break up the company at this juncture, the sources told Reuters. After last week's news, the board instructed the co-CEOs to set aside any options for a sale, one person briefed on the situation said.

"Selling the company or an economic joint venture is probably not in the cards right now," said the source. "Until you stabilize the platform, people are going to be very nervous about spending $10 billion or more."

Some potential corporate and private equity suitors are holding out for RIM's valuation to fall further, people familiar with the matter said.

AMAZON, RIM STILL IN DISCUSSIONS
Amazon and RIM are still discussing ways to expand their commercial ties, which currently include a service launched last year to make Amazon's music catalog available to some BlackBerry users, according to the sources.

Amazon launched the Kindle Fire tablet in November, which, along with the content the company can package with it, is seen as a potentially formidable contender to Apple Inc's iPad and iTunes store. Amazon does not make smartphones.

As for RIM, it feels it could better leverage its assets, such as the BBM instant messaging and the network operation centers that allow for messages to be processed, the sources said.

RIM could also look at licensing out its QNX operating system after the late 2012 launch of BlackBerry 10, which will be the first smartphones using that software, to give handset makers an alternative to Google's Android operating system.

DISTRACTION
RIM's co-CEOs have spent months listening to ideas from investment bankers, strategic parties and private equity firms. These discussions are now viewed as distracting for management, sources briefed on the situation said.

One of them said the board has backed both Lazaridis and Balsillie, but is of the view RIM needs to develop a "deeper bench" of executives.

Microsoft also looked at RIM at the same time, said one of the sources. Microsoft declined to comment.

But HTC and Samsung already have licensing agreements with Google's Android and did not see the value in tying up with BlackBerry, people familiar with the companies said. Samsung and HTC declined to comment.