Will you allow your only son to take oath of celibacy ? 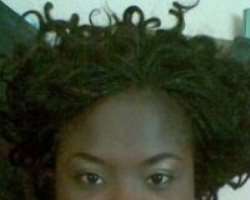 Is it right or wrong to let one's only son to take oath of celibacy ie to become a Catholic priest? This is the question that our roving correspondent Bridget Amaraegbu seeks responses from individuals this week. While some people think priests should be allowed to marry and have children, some are of the opinion that since they are not married, they have no right to counsel married people. The question they ask is, what does an unmarried priest know about relationship, when he is not married?

What is your opinion and what would you do if your only son announces his intention to become a priest. Here are the opinions of some celebrities we interviewed during the week.
Read on:

Why not? If my only son decides to give himself completely to God, then who am I to say no? What if God hadn't given him to me? What of those who have no child at all? What about those who have lost all their children in ghastly motor accidents? Most of them are still alive. So, why should I stop a young man who has chosen to dedicate his lifetime to the service of God via Catholic priesthood?

Is it not the sons and daughters of men that go into robbery, militancy, kidnapping, youth restiveness and all kinds of social vices? I should count myself lucky to know mine is interested in serving God all the rest of his life.

As far as I am concerned, I don't see anything wrong with my only son going in for celibacy because it's a means of rendering service and sacrifice to the Most High.

I want to state categorically here that even if I have an only son who is interested in the things of the Lord, I can advise him to go in for celibacy, even if he fails to mention it.

Let me tell you that I'm also a proud Catholic and an only son. I am blessed with a family of five children which include two boys and three girls. But I still believe my life would have been better if I was a priest. I'm saying this because when you're in the priestly vocation, every member of the Catholic faith becomes a member of your family.

A lot of people have criticised Catholic priests based on the fact that they do not marry. But I ask myself, what's the big deal about marriage? And the answer is simple, nothing much.

Even some people who're married have no child and yet we complain. Some have also come up with stories that priests of today go about chasing women and all sorts of nonsense. But I still do not think it's enough to condemn celibacy completely because it's our duty to pray for them and not to criticise them.

What about the pastors who're married and still chase everything in skirt? What do you say about them? Some of them even go as far as snatching other people's wives and discourage young women from getting married to their choice partners just because they have the intention of sleeping with them. I think life is all about discipline and if you get yourself disciplined, you'll be able to stand against different forms of temptation.

Don't also forget that there is more tendency for children of God to fall into temptation, especially amongst our youths of today . Even as an individual, once you've dedicated yourself in a very special way to the service of God, certain things which you would not have desired will begin to call for your attention.

I want to advise all of us to stop criticising these men of God. Whether he's a priest or pastor, our duty as people of God is to continue praying for them as that is the only way we can encourage them to the glory of God.

For me, I have nothing against any of my boys who intends to become a priest. In fact, I'll be very glad to know that they have the intention of going in for celibacy, after all it's a noble vocation.

Ah … What's wrong with my only son becoming a Catholic priest? If he's my only child and so what? No be the same God give me the pikin? What if he didn't give me any child at all? Would I have killed myself? I can't stop any child from becoming whatever he wants to be, after all this is a better way for any man to live. Most times, I wish I could have more time to serve God.

In fact, I'll be grateful that my own son is taking to the service of God. What more can I ask for? Do you still remember Hannah in the Bible? How she promised to give back to God if he would only give her a child and what happened later? Was Samuel not given back to God? Let's have an open mind towards the future of our children.

What's wrong with that? Would he rather serve an Ogun, Osun or Amadioha? I'm not in that school of thought that says my children can't be all female. Even if I had a male as an only child and he decides to become a priest, heaven knows I won't stop him. What about those who do not have any child? Are they all dead?
I'll not decide for my child what profession he should go into. If he wants to be priest then so be it.

Let him go and I'll adopt another — Kehinde Olorunyomi, Actress

Why not? If I have an only son and he decides to live his life in the service of God and humanity, why should I stop him? You see, this is one of the reasons why our people should be more conversant with child adoption. Our people should learn to embrace adoption. Even when you have children, it's necessary for us to find a way of bringing up these other children who have been abandoned, somehow. I don't know why our people are so much attached to male children all because we are looking for someone who will inherit our wealth.

I'm not a member of the Catholic faith but I'm not against celibacy. If it's only for the purpose of procreation, then I'll adopt another son if my only son decides to become a priest and I'm sure I can't have more children. I may be lucky to adopt a child that may become more useful and loving than my own sons.

I can't allow any of my children attempt celibacy for reasons I won't say on the pages of newspapers. Now, you're talking about an only son, how is that possible. Though I'm not against the Catholic faith I don't think it's noble for an only son to become a priest. An only son in my own view has too many responsibilities to be associated with priesthood. I thought the Catholic church had passed a law to stop an only son from being a priest