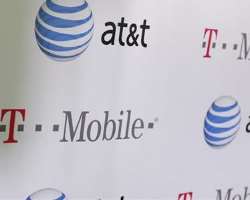 AT&T will have to find another way to address its shortage of wireless airwaves while Deutsche Telekom has to go back to the drawing board on what to do with T-Mobile USA, the struggling U.S. business it had desperately wanted to shed.

The failure of the deal, which was seen as a tough sell from the very start, may call AT&T Chief Executive Randall Stephenson's judgment into question as he was clearly surprised by the strength of regulatory opposition.

AT&T, which would have vaulted to first place in the U.S. market if the deal succeeded, was so sure it would win approval that it even promised Deutsche Telekom a record break-up package that will cost it an eye-popping $4 billion this quarter.

Stephenson was caught red faced after promoting the deal on TV the same day the U.S. Justice Department sued to block it. From August to late November many experts were puzzled by the companies' optimism they would win over the regulators.

"It was definitely a miscalculation (by AT&T)," said Steve Clement, an analyst at Pacific Crest Securities.

"I don't know that it's such a big deal to the extent that you're going to have people looking for a change of management (at AT&T). But they definitely miscalculated what they would be able to push through to regulators," he said.

As for Deutsche Telekom CEO Rene Obermann, the break-up package will not be enough to soften the blow of losing a deal that has been described as "almost a dream come true" for the German telephone company. Now Obermann will have to either invest billions more in the U.S. market or find a new way to exit the country.

"There are very few occasions when you are forced to walk away from the table with $4 billion in your pocket and still feel like you've just been short-changed," said Thomas Wehmeier of research firm Informa Telecoms & Media.

AT&T's Stephenson said the company would continue to invest as it looks to boost its capacity, but he also urged policy-makers to make additional spectrum available.

But the carriers' options for buying more spectrum were not immediately clear. While AT&T was fighting for approval of its deal, its bigger rival, Verizon Wireless, quietly forged an agreement to buy spectrum from cable operators.

The AT&T deal failure may have other companies thinking twice about acquisitions to bolster their competitive position.

Having to navigate "seemingly insurmountable regulatory hurdles is likely to shake the confidence of would-be consolidators to the core," Wehmeier said.

After announcing the deal in March, AT&T and Deutsche Telekom in November withdrew their application for Federal Communications Commission approval to focus on addressing Justice Department concerns.

But that plan backfired as the judge presiding over the Justice Department case criticized the withdrawal and gave AT&T and Deutsche Telekom an ultimatum to figure out whether they wanted to go ahead with fighting for the deal or not.

The deal, which was the biggest U.S. acquisition announced this year, was also the boldest move made by Stephenson since he took the helm at AT&T, whose previous CEO, Ed Whitacre, earned a

reputation as the industry's most renowned deal maker.

Deutsche Telekom said the deal would not change its group forecast for 2011 expected earnings before interest, taxes, depreciation and amortisation (EBITDA) of around 19.1 billion euros ($24.9 billion).

"It's a bigger blow to Deutsche Telekom in that they were getting a good price for that mobile asset and I don't think there's an alternative that's nearly as good for them," Pacific Crest's Clement said.

Deutsche Telekom had planned to use the proceeds from the sale to pay debt, launch a 5 billion euro ($6.51 billion) share buyback and step up investments at home and in the rest of Europe.

Deutsche Bank, Credit Suisse, Morgan Stanley and Citigroup, which advised T-Mobile, and AT&T's banks, which included Greenhill, Evercore and JPMorgan, stand to lose a total of $150 million in fees, according to earlier estimates from ThomsonReuters/Freeman Consulting.