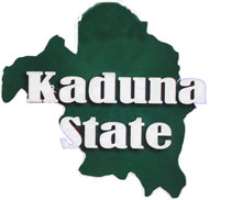 The kind of nonsense you read sometimes..;)

Read the story below and be amused.

-As male prostitutes take over business

-Pay one round, get one free

Female prostitutes in Kaduna have commenced a two month “free sex bonanza” expected to end on December 31st 2009. They claim that the male prostitutes are bent on taking over the age long profession from them, the traditional “owners” of the trade.

The female prostitutes who operate from a part of Kaduna metropolis, popularly called obalende on Maduguri road, claim the free sex would shore up and improve their business, which has nosedived for some months now.

To let people know that these prostitutes mean business, already they have began to create awareness for their sex freebie offer, by putting up banners and posters along their “territory” intimating customers of their offer, including other services on offer.

One of the female prostitutes in the area, who goes by the name “Presido”, and who claims to be a graduate of Ahmadu Bello University, told sources that they can no longer afford to provide to people at the former price, due to Inflation. More importantly, they claimed that the male prostitutes are now trying to take over the business from them. Sources gathered that more people now find the male prostitutes less expensive, hence, the shift in patronage to them. Big boys and girls now pick these male prostitutes between 10pm to 2am, along a very popular hotel by Rabah and Mando road, Kaduna.