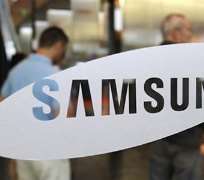 Samsung Electronics has filed new claims in its patent war with Apple Inc over alleged patent infringements in Germany, a spokesman for the company said on Monday.

The tech giant added four patents to its ongoing infringement case related to the telecommunications standard technology WCDMA for 3G mobile handsets, which was filed in April, the spokesman said.

The four new complaints, including use of emoticons, come as the worldwide patent battle between Apple and smartphone rival Samsung continues to escalate.

"(Samsung) made four more claims; two are standard-related patents and the other two are utility patents. And a court said it would make these claims separate from the April lawsuit," the spokesman said.

On Friday, a regional German court in Mannheim held a hearing on the April case, saying it would announce a ruling on March 2, the Samsung spokesman said.

Samsung won a round of its bruising global patent fight when an Australian court lifted a ban on the sale of its Galaxy table computer earlier in December.

But the South Korean tech giant's victory was tempered by a setback the previous day in Paris, where another court turned down its bid to block sales of Apple's iPhone 4S in France.