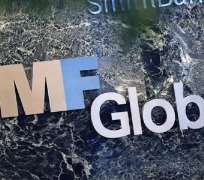 CME Group Inc, which has given $22 million to Chicago-area schools and charities over the past five years, has stopped making grants through its main foundation, citing the collapse of MF Global Holdings Inc.

Investigators are still searching for hundreds of millions of dollars of customer funds that CME says were improperly siphoned off Pin the brokerage's final days to plug its escalating liquidity needs.

Last month, the exchange operator said it would give former MF Global customers the entire $50 million held by CME Trust, which was originally designed to help traders caught out by a broker default but that in recent years has been a mainstay of the CME's charitable giving.

"CME Group will continue to honor some previous Trust commitments going forward - even after the $50 million is paid out," CME spokeswoman Laurie Bischel said. "Though the CME Trust will be used to help customers of MF Global, CME Group remains committed to our communities and will continue to provide support to charitable organizations as possible through our other programs and corporate foundations."

CME Trust was established in 1969 to provide financial assistance to customers if a brokerage became insolvent.

Federal rules requiring brokers to keep client money separate from their own made the prospect of customers actually losing money in a broker default seem so remote that the CME's board in 2005 voted to turn the Trust into a charitable foundation.

In 2008, after giving millions of dollars to local institutions, the Trust launched CME Group Foundation with a $16 million grant, and pledged to make annual donations to support the Foundation's grant-making. The Foundation has become the exchange operator's biggest charitable giver, doling out more than $6 million last year alone.

But in the early hours of October 31, the day MF Global filed for bankruptcy, the brokers' executives made what regulators have since said was a shocking disclosure - that money had been moved from customer accounts to the firm's accounts, and was now missing.

In mid-November, CME's board voted to turn CME Trust back to its original purpose.

"All new CME Group Foundation grant proposals will be put on hold until further notice," the Foundation now says on its website. "We apologize for any inconvenience this may cause grant applicants."

The news comes a day after CME won a months-long battle for a tax break from the state, which had hiked the corporate tax rate in January in an effort to plug a budget shortfall.

The legislation, signed by Illinois Governor Pat Quinn on Friday, will reduce CME's tax bill compared to what it was before the tax hike, shaving off about $77 million annually when it takes full effect in 2014.

Funds would be paid out after the bankruptcy trustee determines the money is really gone. CME Executive Chairman Terrence Duffy this month estimated the shortfall at $700 million to $900 million.

Other big recipients include several Chicago-area universities, the Big Shoulders Fund and the Ounce of Prevention Fund, which focuses on early childhood intervention in at-risk populations.

"We have been assured that the CME Group Foundation will honor its existing multiyear commitment to the Ounce," a spokeswoman for the organization, which received a $1 million four-year grant this year, told Reuters.

Two smaller charitable arms, the CME Group Community Foundation and the CBOT Foundation, are not affected by the MF Global debacle. Their donations last year totaled just over $1 million.

All grants previously approved will be honored, CME Group Foundation said on its website.