Mungo Park did not discover Africa, we must tell our story, says Babawale 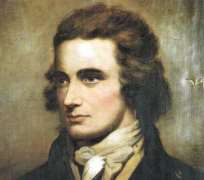 Tunde Babawale is the Director General of the Centre for Black and African Arts and Civilisation (CBAAC). Recently, the Centre held its 2011 Annual International Conference at Sol Bahia Hotel , Salvador Bahia, Brazil, with the theme “Multiculturalism and the Prospects for Africa and African Diaspora Development”. In this interview with TONY OKUYEME, the scholar, social commentator and political analyst explains the idea behind the call for the production of a holy book for African traditional religion, and the need for Africans to tell our own stories ourselves.

For so long, Africans depended on stories written by outsiders to learn about their continent and its people. But all that may soon be a thing of the past if the words of scholars are taken seriously and followed.

In the words of Professor Tunde Babawale, participants at a recent conference in Brazil were of the opinion that one of the areas where Africa has shortchanged itself is religion.

“The point being made is that there are certain common elements in African traditional religion. After all, if you look at Christianity itself, it is not a unified thing as such, it is not monolithic. There are too many versions of Christianity, there are so many denominations with doctrinal differences, and yet it does not remove the fact that Christians have a holy book.

So the point is that African traditional religion can develop a holy book irrespective of the differences in their understanding of religion. The Hindus don't necessarily call what they worship deities, or whatever. If you look at the way Catholics venerate the saints, there is little difference between that and the way traditional worshipers worship the effigies of Ogun and all the gods. The only difference is that what they say to it is different. And in the time past, it is totally different.

If African traditional religion also has a Holy book, it doesn't matter what outsiders call it; as long as we regard it as our Holy book.”
The advantage of that, he further said, is that it is going to systematise our thought. “You are going to have a sequence; you are going to have order in the belief system; in the system of worship, unlike now where you could have different interpretations. I think that is the reason why they are talking about the need for a holy book, to have a systemic approach to African traditional religion. That is one of the reasons.”
On the proceedings and general opinion of the participants at the Conference, Prof. Babawale said they came from all over the world; and that new ideas were generated, and fresh perspectives were brought to the fore.

“The other perspective that came up was what we understood by the term African diaspora. And there is a tendency on the part of the African Union (AU) or any African country to see diaspora only in terms of those who left their country voluntarily, which we now describe as secondary diaspora.

AU concentrates more on those people, and many countries like Nigeria also concentrate more on those people because of the fact that they get social remittance from them. But we must understand that the more important diaspora is the primary diaspora, those who were forced out of the continent by circumstances beyond their control, and who were relocated to other people's lands; who had no kith and kin, no brother. The umbilical cord that links them to the continent has almost been severed by Europeans during the course of the European slave trade.

“That is another perspective. That in handling and dealing with the diaspora, there are two categories. We must not focus on one at the expense of the other. And that appeal must be made to the African Union to now have a more comprehensive diaspora policy that should take into consideration those who constitute what we now define as the primary diaspora and not necessarily those who left the country to other lands in search of greener pastures, and have become professionals – doctors, engineers, etc – who can remit fund back home. That is one thing that came out of the meeting.

“Again, it became clear that the general opinion within the Conference was that multiculturalism should not necessarily lead to conflict or wars or disagreement. Indeed, variety they say is the spice of life. It should in fact make Africa more stable, more peaceful, if we understand and live with our differences. That was one idea that also came out of that Conference. So I believe that the kind of collaboration that also emerged from that Conference was such that could help in the relationship between the continent and the diaspora in years to come.

“For instance, we were also made to support and give greater weight to the doctrine of Afrocentricity which was advocated by the Keynote speaker Prof. Molefi Kete Asante, Professor of African American Studies at Temple University, USA, who is the originator of the idea of Afrocentricity.

In our analysis of the world and under every circumstance, African must look at the world and let their own interpretation of events and history be informed by their own historical experience, not what other say those experiences are, and that this is why the need to tell our own stories ourselves become more important. No more should we rely on history written for us by people who employed us as research assistants and fill all the data to suit their preconceived ideas and notions. We have heard that before, but now we are have people who are coming up to challenge some of the preconceived notion about African history, about African continent; and we must get tired of doing it because the impressions are still being created to justify the exploitation of the continent, to justify that oppression of the continent.”

The CBAAC D.G also spoke on the need for documentation, adding that it was also part of the issues raised at the Conference. According to him, you cannot correct the wrong impression created by outsiders when you yourself refused to tell your own story.

“We were challenged to do more work, to do more research, and to publish more; and the scholars that were there realised that it was a big challenge that we all have to do; and that it is the truth. So I agree with you that there is need for proper documentation of our history; of our circumstance. I have told you that we introduced religion to the world. So many discoveries in Astronomy and other ares have “African origin. But how do our children know about them.

So we must do more work in terms of producing more books and let our stories be told by ourselves. There is no substitute to books; there is no alternative to reading.”