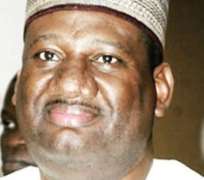 BY CHARLES KUMOLU
THE once seemingly monolithic Sokoto State Chapter of the Peoples Democratic Party, PDP, is now on the brink of disintegration - no thanks to the hostilities that played out ahead of today's party primaries. While the incumbent governor who allegedly is a member of the 'New PDP', is keen on having a second term.

Those who claim to be the 'Old PDP', are not disposed to that, hence, the party appears factionalised along old and new order. This dichotomy is expected to play out in today's primaries.

In the beginning
SAYING that the Peoples Democratic Party, PDP, is the major beneficiary of the hydra headed crisis that fragmented All Nigeria Peoples Party, ANPP, in Sokoto State, is as good as saying the obvious.

Following this demise of an ANPP that was a household name before 2007, PDP bounced from obscurity and became the darling of Sokoto people.

To observers and party faithful, the party was monolithic.

This sudden emergence of the party in an ANPP stronghold did not happen by luck, as it was the climax of the feud between then Governor Atahiru Bafarawa and his deputy Aliyu Magatakarda Wammako.

Wammako who originally set out to contest on the platform of the ANPP in 2007 was drawn into alliance with the PDP.

The ANPP/PDP alliance presented Wammako as the Governorship candidate while the original governorship flag-bearer of the PDP Muktari Shagari, was made to be his running-mate.

For instance, the chants of 'Sai Alu''replaced the then 'Sai Garkuwa(Bafarawa), among Sokoto folks.

Before now, the party was seen as one indivisible family, given that it became monolithic and banded by the common brotherly bond which binds the average Sokoto folk, despite party affiliations.

In fact, unlike most state chapters of the PDP, Sokoto is among the few states, where the party was not known for internal crisis, as it displayed how best to be a ruling party in a hitherto opposition stronghold.

However, that period of peace, perhaps, is now history, as the governor Wammako's attempt to return to power, has polarised the party.

This has therefore punctured the political arrangement that led to the incumbent governor's emergence four years ago.

The allegations
Until recently, the fate of Wammako was uncertain following a coordinated campaign for his disqualification by some party members.

The opponents of the governor, who resigned as Bafarawa's deputy on March 6, 2006, had accused him of anti-party actions and inactions.

Among others, he was alleged to have opposed the candidacy of President Goodluck Jonathan during the PDP presidential primary in January and backing the House of Representatives Speaker, Hon. Aminu Tambuwal, for the speakership of the lower legislature in defiance of the party's zoning formula that ceded the post to the south-west.

Jonathan came under pressure to support the disqualification bid that would have made Wamakko the second governor, after his Bayelsa State counterpart, Chief Timipre Sylva, that would have been stopped from seeking a second term ticket on the PDP platform.

It was gathered that but for a last minute meeting between the governors and the president, Wammako would have been given the 'Sylva treatment'.

While that seems to have been a reprieve for the Wammako's camp, the reverse is the case for his opponents who had hoped that he would not be cleared by the party.

Today's Primaries/Issues
Beyond that, analysts have argued that the last may not have been heard of the race for the ticket, as the outcome of today's primary would either make or mar Sokoto PDP.

Besides the certainty of the contest producing a winner, one thing that is certain is that a lot of surprises will spring up today.

As delegates across the twenty three local governments in the state, converge at the Ginginya Memorial Stadium today,

Senator Gada
the atmosphere becomes tensed and unpredictable, just as the party appears to have been polarised into three blocks.

Namely, there is the Alu block, which is the group of the incumbent governor, while the Gada faction represents the interests of Senator Gada. The third arm of this unhealthy trinity, is the Sulaiman supporters-a group backing the aspirations of the immediate past minister of sports.

Money/Incumbency
As vital as money is in every political experiment world wide, it would play a major role in this exercise.

Given the level of poverty and illiteracy in the state, political followership has always been influenced by funds.

This accounts for why it would be safe to say that, Sokoto voters could be easily swayed by money. That is most certainly going to play out today, as delegates queue behind their preferred aspirants.

However, the three frontline candidates cannot be dismissed as financial paper weights, as they have the financial muscles to sway voters to their side.

Even though the financial might of Gada and Suliaman could make some difference, analysts argued that it is not enough to give Wammako a good run.

Among many other factors working in the favour of Wammako is the power of incumbency and certainly his greatest asset.

In addition, the incumbent governor also has federal might behind him, even though it's been argued that the presidency is not disposed to his candidacy.

Already, he had expressed his readiness to contest in the primaries and insisted he was not afraid of opposition also angling to take over his job. He insisted that only politicians who were not sure of themselves would be afraid.

New and old PDP
Regardless of that, one issue that is going to determine how the primaries would be won and lost, is the question of old and new PDP.

It is believed that the governor and his supporters, belong to the new PDP, given that they were originally from the ANPP, while the old order comprises of those, who have been with the party since 1999.

Consider this: 'As a member of old PDP, we know things are not right in the party and before we merged with Wamakko in 2007, I was present at the merger meeting held at Nicon Hilton, Abuja, with Chief Tony Anenih, the then chairman of Board of Trustees among others.

We knew what was agreed at that meeting, but because I am not a militant who would like to impose their wish in a forceful means. I tried as much as possible to reach out with people because the contents of our agreement were discarded by Wamakko group. Did Mr. President tell Wamakko not to implement the agreement?' Sulaiman asked about the old and new PDP.

Further findings revealed, that the duo of Gada and Sulaiman belong to the old PDP. Hence they appear to have the sympathy of the old party members, who feel that Wammako had not treated them well.

Disclosing this to Saturday Vanguard a member of the old PDP from Sokoto North Local government, who pleaded anonymity stated that, 'I belong to the Wammako group, but I can tell you that Alu has not treated the old members well. He met us in this party, but the spoils of office are benignly mainly enjoyed by those who came from ANPP with him. It is not good because we built this party right from the time of Modi Yabo, who contested with Bafarawa in 1999.'

Continuing, he said, 'You can see that Ladan, who was a former coordinator of Muhtari's campaign is now the coordinator of the former minister's team . If it is performance, Alu has performed in Sokoto and that one is not in doubt, I will give him that credit, the fact is that he has not been able to carry all along as the leader of the party in the state. I can tell you that Sokoto PDP is divided into three factions ahead this primaries'

Aspirants' strengths and weaknesses
Wammako
Sarkin Yama as the incumbent governor is also known in Sokoto as an accomplished civil servant and grassroots politician.

Having served the state in various capacities before he became governor in 2007, Wammako can not be dismissed as an authority in Sokoto politics.

As governor, he is reputed to have taken beggars off the street by dialogued initiating a social security scheme for about 2,000 beggars. This is being done through the payment of N6, 500 monthly.

He is believed to have created 5,000 jobs for youths and free healthcare care to women and children.

Wammako's spread of governance also included the improvement of the welfare of the state civil servants.

These and other projects, have endeared him to the heart of many. And given that the beneficiaries of some of the projects, form the bulk of the voting population, the governor stands a better chance of triumphing today.

Despite that he seems better positioned to clinch the PDP ticket, the alleged sympathy of the presidency towards the aspirations of Sulaiman, appears to be the greatest threat to Wammako's chances.

Senator Gada
Like Wammako whose form was reported to have been purchased by the Sokoto PDP National Assembly caucus on Thursday 24 November, 2011, women and youths from Sokoto stormed PDP National Headquarters, to purchase a nomination form for Gada.

Hon. Suleiman
Even though Gada's intention to run against the incumbent was known before then, the purchase of the form heightened the drama and tension that preceeded today's exercise.

He also claims that he is the change that Sokoto desirers.

'My background, my spirit, my ability are quite different from the incumbent governor. Probably, the level of orientation, exposure and management spirit that are being used in Sokoto is grossly inadequate and that is why we need high technological spirit to be able to achieve the much needed development for the state,' Gada submitted.

Accordingly, the former lawmaker's apparent weakness in the primaries, rests on his strength .

Sulaiman
The entrance of the former minister into race, no doubt, raised the stakes ahead the exercise, as many where surprised that he had to quit his plum ministerial job.

His emergence as a force, after several months of political maneuverings at Wamakko, has been described as script from higher authorities.

Accordingly, all fingers are pointing towards the presidency as being behind, Sulaiman's emergence, but the ex-minister is harping on change and healing of old wounds.

He had repeatedly made it clear that nobody had sent him to vie for the ticket but out of personal volition to correct some ills that have dragged the state backward in recent times.

''Like the titanic, Sokoto State is on the high seas and we cannot afford to sink this great ship. We must be careful to avoid a collision course with disaster. We must be attentive, thoughtful, considerate and meticulous to avoid the mistakes of the past. We have lost enough in terms of lives and properties over the years to continue doing the same thing.

'We no longer need selfish, arrogant, mischievous, insensitive, high level minded, and indifferent personalities who pay only lip service to the oath they take before God and man,' he reportedly said.

On speculations making the round that he is the president's stooge, Suleiman said, 'people said Mr. President had sent me to Sokoto to run for the ticket, but the president does not ask the people of Sokoto to come out en mass and received me today at my rally.'

Considering, that his entrance undoubtedly heated up the race, analysts believe that Sulaiman, would give Wammako a good run in the exercise. He is considered a stronger threat than Sen Gada, who is believed to be interpreting the same script with the former minister, but with different strategies to achieve their common goal.