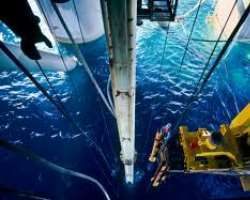 The President was silent on the controversial issue while addressing the lawmakers.

According to him, 'our country cannot go on as usual.'

His pronouncement came barely 24 hours after the Coordinating Minister on the Economy, who is also the Finance Minister, Dr. Ngozi Okonjo-Iweala said in Abuja that the subsidy could not be removed now until the government consults with more stakeholders in the Nigeria project.

But speaking through Labaran Maku, Information Minister, yesterday, the President said that in the last couple of months, there had been a huge debate relating to the direction of the economy and how to properly manage it to advance the future interest of the people. President Jonathan noted that one of the on-going debates or one of the issues that had been hotly contested recently, is the issue of the deregulation of the economy.

He was represented at the first anniversary lecture of National Mirror newspapers in Abuja yesterday by Maku.

'I wish to re-emphasize that our country cannot go on as usual. One of the areas that our nation has continued to debate on and which has eaten deep into the further progress of the economy, is the issue of the deregulation of the downstream sector of our oil industry.

'Since 1958, our nation has been exporting crude oil. After 53 years, there is a need to look back and see how this sector has really made progress and impacted on the lives of our people. 'Today, government is taking a clear look at this. If the original vision was to transform that sector, in 53 years, our nation should today, become the hub of petrochemical industry, exporting finished product to Africa because after 53 years, we have no excuse to say that we continue to have crude oil without adding any value into it,' Jonathan said.

Taking a look at the infrastructural decadence which has embodied the polity, Jonathan bemoaned the spate of unemployment in the country, saying the Niger Delta region ought to be a place for youth employment.

'Today, the Niger Delta should be the place where young Nigerians should be moving to for employment because of the associated industries that ought to grow along with the discovery of oil but this has not been the case.

'So, we are faced with a situation in which the nation has discovered a roll resource, has depended on selling this roll resource to the rest of the world that is making three, four times the money they buy from us,' Jonathan bemoaned.

Quoting David Ricardo, the English political economist and one of the most influential of the classical economists, Jonathan said 'it was David Ricardo, the British economist that said in the last century that in the history of comparative advantage, we Africans are better positioned to export raw materials to Europe, while Europe will manufacture and sell finished products to us.

'That theory lasted throughout the era of colonial rule. Now, after 50 years of nationhood, I believe that the time has come for us to target the essence of economic management by ensuring that we open up each sector for transformation,' he said. While stating that the real issue about the deregulation is not about subsidy, Jonathan said that there is no nation that can do without subsidy in one area of the people's life or the other.

'What the government has been arguing is that between January and now, we have spent N1.6 trillion in subsidizing petroleum products. This is about one-third of our annul budget and at the same time, government's capital budget is about 26 per cent presently. How do you transform a nation under this type of management of your resources,' Jonathan asked. Stating that what government has targeted in the deregulation is to open up the sector so that private capital, private technology can come in and develop the sector, Jonathan said that in the last 10 years, the Federal Government has issued 20 licences to people who wished to set up their own refineries, but they have been unable to do so because of government's price control mechanism on fuel.

'Recently, you heard that Niger Republic opened a new refinery. They didn't only open a new refinery, but they also increased the cost of fuel in Niger so that they will target Nigeria for export of their own product.'Everywhere in the world, countries are cutting cost. Even Europe that is our pace setter, today is facing major crisis because they have postponed decisions on the economy for a long time and the present generation of Europeans, is now facing a huge debt for which government and people are unable to endure.