Somebody should please warn Ajebo 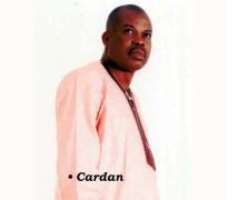 How come no one has been able to call popular actor and producer Steve Eboh (aka Ajebo) to order. The actor last week said, he thinks something is wrong with the entire members of the Board of Trustees of the Actors Guild of Nigeria. 'They need to have their heads examined' Ajebo said last week in response to a declaration credited to a member of the Board of Trustees that the co-producer of the epic film, The Concubine, has been appointed the Vice President in-charge of North Central of the Actors Guild. Hear out Ajebo verbatim: 'I think the BOT members are suffering from abject poverty, not of money, but of the mind. How can you appoint a man without consulting him? I think they are not sincere. On what basis are they appointing me Vice President? Are people appointed into AGN or elected? I think the BOT is trying to play game and I will help them score goals if they don't take time. If they are not suffering from poverty of the mind, why can someone appoint me Vice President North Central, when I reside in Lagos? Why will they appoint Emeka Ike, Vice President South East, when he resides in Lagos? So, we will be traveling to the East and North Central to oversee the Guild because we are jobless. I think they are playing games and I think it's time to tell them to leave. BOT is not a lifetime appointment. I think they have outlived their usefulness and should pack and go' Ajebo surmised. This is enough to get the six-footer angry, abi