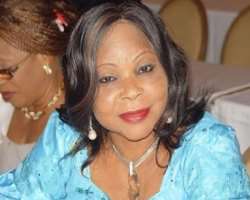 
ABUJA, December 14, (THEWILL) – The Chairman, Senate Committee on Gas, Senator Nkechi Nwaogu (PDP, Abia Central) has described the Court of Appeal ruling annulling her election as not only outrageous, but also bizarre.

The lawmaker also complained about the delay in making copies of the judgment available to her lawyers to process her appeal at the Supreme Court, saying the delay smacks of some sinister motive.


A member of the PDP and aspirant for the seat, Honourable Emeka Atuma had challenged the emergence of Nwaogu as the PDP’s candidate for the senatorial district praying the court to disqualify her on the premise that she is not from the district.

Senator Nwaogu chairs the Senate Committee on Gas and was first elected to the Senate in 2003.


But in her first public reaction to the court ruling, she told journalists in Abuja on Wednesday that the Appeal Court’s judgment beats every sane imagination. According to her, from historical and political records, Osisioma Ngwa had always been under Abia Central Senatorial District as her predecessors had represented the local government area as part of the district. She also added that the Independent National Electoral Commission (INEC) was mindful of the constituency structure of all the districts.

"So it is inconceivable that a court will now be the determinant of boundaries and constituency delineation for the purposes of election. In any case I have implicit confidence in the judiciary and I believe that at the end of the day, the truth shall prevail," she said.

Her lawyer, Teddy Eruba also protested the delay in securing the judgment records and also faulted the ruling saying; "We have listened to the summary of the judgment. The judges did not read the judgment in full. But the much we heard did not contain the reason for which they held that Osisioma Ngwa LGA which has voted in and as part of Abia Central Senatorial District in the past four senatorial elections beginning from 1999 spanning well over 12 years, is now in Abia South.

"We have been waiting for a copy of the judgment without success. The Judges who had complained of a lot of errors in the judgment may still be working on the judgment days after its summary was delivered. One wonders why the hurry to deliver the judgment when it had not been cross checked for errors,” he said.


Eruba said the judgement disqualified the Plaintiff, Honourable Emeka Atuma and incumbent Senator Nwaogu and gave no directive to the electoral commission on how to fill the seat.


"Senator Nkechi Nwogu will however continue to hold her seat by virtue of the court of Appeal judgment in Owerri sitting as appeal tribunal, pending when the Supreme Court will finally determine whether Osisioma Ngwa LGA is in Abia Central or South Senatorial Districts. The implication of the current judgment of the Court of Appeal is that another senatorial election may be conducted for Abia Central Senatorial zone as every political party that fielded candidates in that election got Osisioma Ngwa votes," he added.