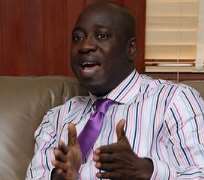 SAN FRANCISCO, December 14, (THEWILL) - The Federal Government during Wednesday’s weekly meeting of the Federal Executive Council (FEC) directed the Minister of Youths Development, Alhaji Bolaji Abdullahi to act as Minister of Sports and Chairman of the Sports Commission pending when a substantive minister is announced.

The portfolio became vacant following the exit of the former Minister of Sports, Alhaji Yusuf Suleiman, who is an aspirant in the governorship seat of Sokoto State.