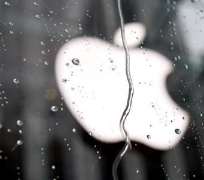 The contract that established Apple as a corporate entity in 1976 sold at auction on Tuesday for $1.59 million, 10 times its estimated price, two months after the death of high-profile co-founder Steve Jobs.

The contract, sold with another document that removed one of the company's initial three partners after just 11 days, was the subject of fierce bidding by six people taking part in the auction over the telephone and online, Sotheby's said.

Eduardo Cisneros, chief executive officer of Cisneros Corporation bought the documents, which had only been expected to fetch up to $150,000 at its auction of books and manuscripts in New York.

The contract established the Apple Computer Company and states that Jobs and Steve Wozniak would each be given 45 percent of Apple's shares. Ronald Wayne, who drafted the contract, was given 10 percent.

But within days, Wayne had decided not be become involved with the fledgling technology company. Wayne was paid $800, and later another $1,500, and was released from the contract. His 10 percent share would today be worth $2 billion.

Wayne sold the documents to a private collector in 1994.

Jobs left Apple in 1984 following a power struggle with the company's board of directors but returned to the company in 1996. He would become the central figure in transforming Apple into one of the world's largest and most envied companies.

Jobs died on October 5 of pancreatic cancer at the age of 56.