Have you ever had multiple affairs at a time? 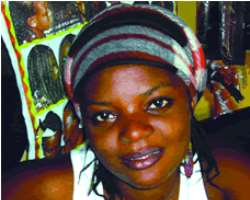 Lucky Ugbudian
As far as I am concerned, multiple affair results in multiple responsibilities. I have never cherished the idea of dating two women at a time. If I love a woman, I focus on her. If I am not in love with a woman, I find it difficult to go out with her.

I can't even take a woman I don't love to bed. Relationship is about companionship and satisfaction. What is the essence of going out with a woman whose company you don't enjoy? I have never done that and I will not do it.

Amir Hassan
Yes, I have dated two ladies at a time but that was long time ago. There was an Hausa girl by name Rakia that I was going out with. I loved her so much and was ready to keep her alone. After four years, she started going out with one boy that I knew very well. On one of my visits to her, I caught her with the guy and when I asked she admitted that they were going out. I felt so bad because the relationship had brought the two families together. I left her and walked away. Later I met a girl called Joy and after two years of my relationship with her, I decided to visit Rakia. She was so happy to see me and she apologized and we started going out again.

That made me to be dating the two of them. It was actually fun because on several occasions, both of them visited at a time and I would keep them in different rooms. I would be shuttling the two rooms but sometimes, I would discharge Joy early so I could spend much time with Rakia. This continued until Rakia died of typhoid fever. It was a painful experience because it took me time to get over her.

Okori Cynthia
I have never dated two guys at a time because it must warrant your loving one and hating the other. It would always result in comparison. Initially, you may think you are smart but one day, if not both of them, one must find out and you may be unfortunate if the one you love would be the one to find out. Not only that, he may decide to quit seeing you as a flirt. It is also greed and love for money that could cause that but I am always satisfied with a man I am going out with. I won't even advise a close friend to do that.

Joy David
If the need arises, it is advisable to keep assorted since Nigerian men are no longer reliable and faithful. If you keep assorted, as they go you replace. While some will be bringing money, others will be doing the servicing. But the rule is, do not be caught.

Adeyemi Jones
If I say I have not been two-timing, I'm not sincere to myself. I can't say for sure if there is a particular reason for that. Sometimes, one just can't help playing around. For me, I wouldn't call it having multiple partners at a time. Maybe just a fling here and there, perhaps till one is ready to camp at a place. They are just too many nowadays and flaunting all what not for the beholders. You know what? Times there are, they become hard to ignore.

Egbunike Omela
Having multiple partners can apply differently to different people. Once in a while, I do keep one or two or even three at a time. Yeah, they could be my lovers, girlfriends or what else can we refer it to, all at a time. It can also happen that maybe they are not serious affair per se. Rather, that kind of playboy stuff. And it could be as many as can fly into your net, you make do with at that point in time.

Edmond Chime
That is unholy. What would a person be doing with multiple partners? Be in the marriage or out of it, it is not right. God said one man one woman. In fact, wife. That means it has to be in marriage, and anything out of wedlock is sin. So, let all men who think they are ripe for a partner go get just one or observe restraint as far as sex and relationships are concerned.

Lucy Dada
These guys are flirt and untrustworthy. So, to be on the safe side, sometimes you keep them here and there and play safe and smartly. They are heartbreakers, very, very insensitive. Some of them these days would only want to eat you up, use and dump you. I often term all of them “use and dump”. That's what they are. Ninety-eight per cent of men lack conscience and pity and don't even fear God. So, at times, it feels good to have them in numbers and enjoy the fun while it lasts.

Arigbanla Seyi
Having multiple relationship is almost natural for men. Once I tried it, it was really not a very pleasant experience even when you have your tricks as a man. Actually, I wanted to just do a hit and run for one of them because I already have my fiancée. I almost ended up ruining the whole thing. Later, the other lady, probably discerning what I actually wanted, backed out of the game. She is now with her boyfriend who she initially denied.

Kenny Babs
When I had multiple relationships, it was hectic. Probably because of the nature of a person I am. I am so extroverted. Then I was dating Ibo and Yoruba girls at the same time. The two of them knew about the relationship, although they do not know themselves until sometimes later. Being a Yoruba guy, the Yoruba lady used to think that she had an edge over the Ibo lady. So, she cared less about her involvement. She would say, “ She has only came to price market, and buyers don't stay long in the market” . Such a funny lady! At last, the whole thing collapsed.

Odunbanjo Abayomi
No, I have never had that kind of affairs before because is not something that I can do. Also, it entails a lot of responsibility that I can not do and also I am this kind of person that can not deal with two women.

Bimpe Abudiore
Yes, I have had multiple affair at a time and it was because of money and some other things that we women want from our men. Moreover, if you depend on one guy, he might not be able to satisfy you. Again, guys of these days are not trustworthy so I can decide to double date them.

Victor Edozie
I have had multiple affair back then in my secondary school when I was having a relationship with two girls the same time and both of them knew I was dating each of them. But, there was a day that I had to be with one of them and unfortunately the other one appeared in my house and they started fighting, so I had to live them.

Joy Anaikwe
You see, I am a kind of person that doesn't like double dating and also I have never had the experience before. So, I am not involved in it and most people do it for financial benefit.

Lanre Ibrahim
Yes, I did it before and at the end, I had to control the situation because I was not able to bear the responsibility. And also for you to have that kind of relationship, you must be ok and women like a guy that can satisfy them with every thing.