AT&T Mulling Whether, How To Revise T-Mobile Deal 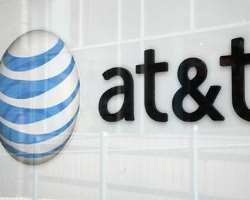 AT&T Inc has another month to decide whether it wants to continue to pursue its $39 billion acquisition of T-Mobile USA after a U.S. Judge agreed to delay the court battle over the deal until January 18.

AT&T had originally been due in court on Thursday in the case brought by the U.S. Department of Justice, which opposed the deal on concerns it would harm competition in the U.S. wireless market by combining the No. 2 and No. 4 players.

Many experts consider the deal to be doomed but AT&T and T-Mobile USA's parent Deutsche Telekom had until Monday been adamant, at least publicly, that they would continue to fight for approval of the merger announced in March. On Monday however, AT&T raised the possibility that it may have to restructure the deal.

"We are actively considering whether and how to revise our current transaction to achieve the necessary regulatory approvals," AT&T said in a statement.

In granting the stay of the proceeding on Monday, Judge Ellen Huvelle also ordered AT&T and T-Mobile USA to tell the court by noon January 12 whether they plan to continue to pursue their agreed deal or an amended one and to give an update on their plans for seeking necessary approval from the U.S. telecommunications Federal Communications Commission.

After the FCC voiced objections to the deal last month, AT&T withdrew its application with the U.S. telecommunications regulator and said it would take a $4 billion charge to cover a break-up fee it agreed to pay T-Mobile USA in case the deal fell apart.

The request for a court delay was in contrast to AT&T's previous position as it had asked the court for an expedited trial for fear that T-Mobile USA's business would deteriorate during an extended court fight.

Stifel Nicolaus analysts said that AT&T likely only agreed to seek a stay on the case as a compromise to avoid having the DoJ push to dismiss the case.

Regulatory experts said the stay did not indicate any improvement in AT&T's prospects for a settlement with the DoJ.

"I don't think they're in discussions to settle," said Bert Foer, head of the American Antitrust Institute who added that AT&T may just be renegotiating the breakup fee it agreed to pay T-Mobile USA in the event of a regulatory block of the deal.

"I think it's dead. I can't see where AT&T has any particular benefit in litigating at this point," Foer said.

The joint motion "means that the deal is suffering the death by a thousand cuts," said Evan Stewart, an antitrust expert at the law firm Zuckerman, Spaeder LLP.

Other experts were skeptical AT&T can succeed in getting any kind of deal with T-Mobile USA approved.

"I think the deal as originally conceived is surely undone," said Andrew Gavil, an anti-trust expert at Howard University's School of Law.

"What remains to be seen is whether AT&T and Deutsche Telecom can construct any kind of alternative ... It seems like they would have done so by now, however, if there was an alternative that could satisfy the DOJ and still make business sense," he said.

Both the Justice Department and the FCC objected to the deal on the grounds that it would hurt competition in the U.S. wireless market. The purchase of No. 4 U.S. mobile operator T-Mobile USA would vault No. 2-ranked AT&T into first place in the U.S. market.

Sprint Nextel, the No. 3 U.S. mobile service has been fighting to block the deal.