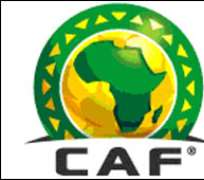 According to the fixture released by Confederation of Africa Football (CAF) yesterday, Nigeria's other representative at the competition, Sunshine Football Club of Akure was drawn bye to await the winner between Orlando Pirates (South Africa) vs Recreativo de Libolo (Angola) for a showdown in the weekend of March 23 and 25 of 2012.

On the other hand, Dolphins will face Coton Sport of Cameroon, if they scale the Equatorial Guinea hurdle.

In the CAF Confederation Cup fixtures released, Heartland and Warri Wolves were drawn by to await the results of preliminary rounds.

Heartland, will, however, face the winner between Sewe Sports Club of Cote d'Ivoire and Us Haut Nkam of Central Africa Republic in the weekend of Febuary 17, 18 and 19, while Warri Wolves awaits the winner between US Duala of Cameroon and FC Kallon of Sierra Leone.

The teams drawn against Nigerian teams are familiar foes as Coton Sport were Enyimba International of Aba's foe at last year's Champions League, FC Kallon of Sierra Loene were the nemesis of Ocean Boys at the CAF Confederations Cup.