Syria Behind Attack On French Troops In Lebanon: Juppe 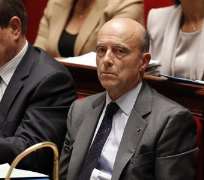 France's Foreign Minister Alain Juppe said on Sunday Paris believed Syria was behind attacks on its troops in Lebanon earlier this week.

A roadside bomb wounded five French peacekeepers in southern Lebanon on Friday, in the third attack this year on United Nations forces deployed near the frontier with Israel.

"We have strong reason to believe these attacks came from there (Syria)," Juppe said on RFI radio. "We think it's most probable, but I don't have proof."

When asked if he believed Hezbollah had carried out the attack on behalf of Damascus, Juppe said: "Absolutely. It is Syria's armed wing (in Lebanon)."