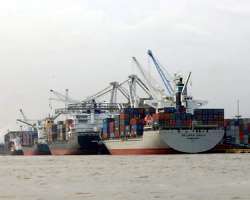 ABUJA, December 7, (THEWILL) - The Senate revealed on Wednesday that Nigeria loses about $26.3billion to bunkering, piracy and poaching yearly.

Also the senate was divided over a Bill that seeks to create a new Maritime Security Coordinating Agency in four zones in the country.

Nonetheless, the executive Bill, titled; ‘’A Bill for an Act to Establish the Maritime Security Agency to Promote Maritime Security and for other Related Purposes”, was able to scale the crucial second reading, but some Senators expressed fears of possible conflicting roles between the proposed agency and the Nigerian Navy. The agency if established would be charged with the security on the country’s waterways.

He noted that in view of the security challenges facing the country, the time had come to adopt various measures that would guarantee security in all parts of the country, including the high seas.

According to him, following the bombing of the World Trade Centre in 2001, it was discovered that there was no synergy among security agencies in the world hence some measures were introduced to check insecurity.

Senator Ndoma Egba further noted that the situation led to the introduction of international maritime security regime that highlighted; “the first security perimeter in this defence would be at the sea point of origin as all security assessments indicated that the maritime environment was porous and open to terrorists and other forms of criminal attacks.

“The argument therefore, was that an effective solution must start with preventing undesired items from entering the maritime transportation network, because if some of these items –such as weapons or dirty bombs- reach the sea port, they could be cleared or detonated before they could be found.”

He said that the understanding led to the introduction of International Ship and Port Code (ISPC) and the International Maritime Organization (IMO) expected member countries to implement the code through local organizations.

In Nigeria he said, the Presidential Implementation Committee on Maritime Safety and Security (PICOMSS) was mandated to undertake the task.

However, he urged his colleagues to give the Bill expedited action, adding that “it is now a standard practice to have dedicated agencies to address challenges of maritime insecurity in the country as other countries of the world has taken up the challenge.

“This particular legislation is different from other legislations. This Bill is specifically fashioned to deal with issues of security and safety for all categories of users of the Nigerian maritime industry,” he said.

The lead debate ignited stiff opposition even as it also elicited strong support. Some Senators expressed fears that the proposed agency and the Nigeria Navy (NN) might have conflict of interests in the discharge of their functions.

Senator Ahmed Lawan (Yobe North) led those opposed to the Bill. Arguing that the Nigeria Navy should be supported to carry out its statutory functions of safe-guarding the country’s territorial waters, Lawan added that the Navy requires serious attention.

“My worry is how will the Nigerian Navy synergise with the proposed agency? What will be the effect of the agency on the Navy? We must guard against duplication of agencies,” The Senator stated.

But Deputy Senate President, Senator Ike Ekweremadu, threw his weight behind the Bill. Ekweremadu noted that the security challenges facing the country have made the establishment of the agency imperative.

He added that as explained by Ndoma-Egba, if countries such as the United Kingdom and the US could establish such organisations, Nigeria also deserves to have one, being a member of IMO.

Senator Enyinnaya Abaribe (Abia South) in his contribution ruled out any form of conflict of interests between the agency and the Navy especially as the new agency would coordinate activities of all agencies operating on the high seas.

Ganiyu Solomon (ACN, Lagos West) also supported the establishment of the agency. He posited that the agency would be a response to emerging challenges in the country.

Ningi noted that the implementation of the agency would be difficult to justify as its activities are bound to interfere with the functions of the Navy. Senator Chris Anyanwu (Imo East) and Chairman, Senate Committee on Navy laboured to convince the Senate to drop the Bill.

According to her, for the agency to be established, there must be an amendment to the laws that established the Nigerian Navy.

Senator Odion Ugbesia (Edo State) noted that the Bill is defective and opposed it.

Senator Sola Adeyeye (Osun Central) in his contribution saw the Bill as an attempt to duplicate agencies. Adeyeye noted that the Bill is a way of creating jobs for the boys. Instead of a new agency, he said that what was needed is to strengthen the Nigeria Navy.

Senate President, Senator David Mark, in his conclusion noted that “security is not cheap anywhere in the world.”

“In my opinion, security is the main issue here but security by the way is expensive, let us be clear about it. If you pay N1 for security, you will get one N1 security nationwide.

“Ask anybody who is running security or any country, where the security is very tight and where they get to know what is happening, almost a real time information, they are spending a lot of money on it.

“There is a body, which was what Senator Dahiru was trying to raise. A Maritime Operation Coordinating Board, which will coordinate the activities of all the agencies that will operate on the high sea or within our maritime areas.

“That agency will define who is to do what and make sure that even though roles overlap, there will be no major conflict, where one will stop the other from functioning. I think on the overall, the role of the Arm Forces is very well defined. The roles of these agencies are also well defined. There is no doubt that there will be areas where there will overlap but that won’t be a major problem.


“I believe that by the time the Bill will go for public hearing, the Navy will come and make her own contributions and other bodies will come and make their own contributions. There is an area in my personal view that we need to look at critically, we should not again, have another very large body that people will forget the functions and try to run the body itself. This is important but that notwithstanding, I think we should pass this to the committee that will have public hearing on them and get more contributions from people,” Mark said.

After a voice vote the bill was referred to joint committee on Marine, Transport, National Security and Navy.


Recall that the Bill could not be passed during the sixth Senate.