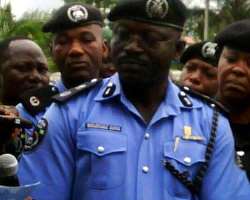 
Dr. Chituru Orluwene, who heads the Chemical Pathology Department of UPTH, was grabbed inside a mechanic workshop along East-West Road, Obiri Ikwere area in Obio-Akpo Local Government Area, where he had gone to have an accessory installed in his vehicle after work.


His kidnappers have asked for N15 million for his freedom.


In a chat with correspondents, his brother, Mr. Onyekachi Orluwene said Chituru “bought a car seat cover and stopped over at the workshop of his auto mechanic to fix it. When he got there, the mechanic was working under another vehicle, so my brother who had alighted from his car had to wait. It was while he was waiting that a Red Nissan car pulled up and some young men came out and forced him into the back his vehicle and carried him away.”