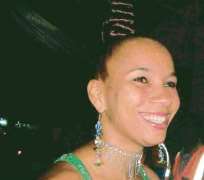 She was seeking leave of the court to travel abroad, to attend the forthcoming Miss Earth 2009 Pageant, which will be held in Manila, Philippines.

In dismissing the application, the judge wondered why the ex-convict instead of proceeding with her appeal at the appellate court, was bothering herself with travelling out for a beauty contest.

Justice Oluwayemi described the application as frivolous and an abuse of court's process.

Ibinabo was sentenced to five years imprisonment, for dangerous and reckless driving which allegedly caused the death of Dr. Giwa Suraj.
We will bring you more on this story as it unfolds.