Samsung Up After Apple's Bid To Ban Galaxy Rejected 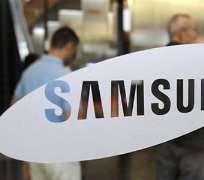 Shares in Samsung Electronics Co Ltd rose more than 2 percent on Monday after Apple Inc's bid to halt U.S. sales of its Galaxy line of products was rejected, easing concern of slowing growth in its telecom business, which generates revenue of $13 billion per quarter.

The U.S. court ruling deprived the iPhone and iPad maker of crucial leverage in a global patent battle between the two companies, and paved the way for Samsung to sustain its strong smarpthone sales momentum.

The two companies are locked in a bruising legal battle that includes more than 20 cases in 10 countries, but none of them carries more significance than the U.S. case, as it is the most important market for Samsung.

Samsung surpassed Apple as the world's top smartphone maker in the third quarter and a ruling to temporarily halt U.S. sales of Galaxy smartphones could have negatively affected its growth momentum just as Apple released the iPhone 4S in early October.

"We believe the legal uncertainties between Samsung and Apple are waning, or put in another way, the situation is turning positive for Samsung," said Nomura analyst CW Chung.

Morgan Stanley analysts said the ruling removed the worst-case scenario for Samsung's operating profit of a hit of as much as $1.5 billion and was "clearly a major and favorable event" for the company.

Samsung reported a record 2.5 trillion won ($2.2 billion) operating profit at its telecommunications business for the third quarter, aided by healthy sales of its flagship Galaxy line of smartphones. It has forecast better handset results for the current quarter.

NOT ALL BAD FOR APPLE
Apple first sued Samsung in the United States in April, saying the company's smartphones and tablets slavishly copied its iPhone and iPad.

Samsung shot back, suing Apple for infringing on its telecommunications technology.

The two will go to trial in the United States on July 30 next year.

Apple could still prevail in the overall lawsuit, but its inability to win a quick halt to Galaxy sales in the United States comes as the stakes skyrocket in one of the fastest growing electronics markets.

Samsung has moved quickly to avoid alleged patent infringements by releasing tweaked tablets and smartphones in Germany and the Netherlands.

"Accounting for the recent results of lawsuits, we see Apple's design patents are either not regarded as legally protectable or are easily circumvented by competitors," said Chung at Nomura.

Shares in Samsung, Asia's most valuable technology company, were up 1.7 percent by 11:08 EST after climbing as high as 2.2 percent in a flat market.

The stock hit a record high of 1.08 million won last week, partly helped by expectations of solid performance of the company's smartphone and chip business in the fourth quarter.