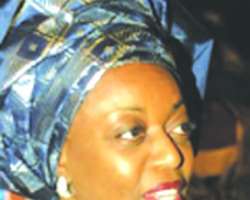 Hopes for reforms of Nigeria's oil industry with the passage of the Petroleum Industry Bill (PIB) has been rekindled with a meeting of relevant stakeholders on the drafting of a new version of the bill. Stakeholders are meeting to draft a new PIB that would be forwarded to the National Assembly for consideration soon.

Chairman of the Senate Committee on Petroleum Resources (Upstream), Senator Emmanuel Paulker made this known at the weekend in Abuja.

At an interactive session with the committee last Tuesday, Petroleum Minister, Mrs. Diezani Alison-Madueke requested a closed-door session on the PIB which she described as 'highly topical and very sensitive.'

Speaking in an interview at the weekend, Senator Paulker dismissed fears that the PIB is dead in the National Assembly and that a cabal in the oil sector had hijacked the bill.

His words: 'That the PIB is not in the National Assembly does not mean the Bill is dead. It would be re-introduced. As the Chairman of the Petroleum Resources (Upstream) Committee, I'm aware that no sooner than later, each committee would work with similar committees and the NNPC to see that this Bill is re-introduced.'

On fears of hijack of the PIB, he said, 'nobody can hijack the PIB. I was a close participant in the processes under which the PIB passed through to the Senate. No group can hijack that bill and being a reporter in the National Assembly, you know that when a bill gets to the Second Reading stage, it's open for debate. It would pass through scrutiny. It would even go to public hearing where Nigerians would make inputs. So, no group can hijack that type of bill.'

'I have explained that the PIB borders on the fiscal regime. The fiscal regime, which is the tax regime, the bill tends to address the fiscal regime, tries to say, look, yes, maybe the oil majors have been paying one kobo, so to say, this is our feeling that this law has been in existence over the years and there's need for a review and if you are reviewing a law that borders on taxes for the past 10 years, there's the tendency that taxes would be increased and if you are the person paying, nothing stops you from saying that what you are proposing is just too high for me to pay. That's normal.'

'They did explain, during our interactive session that that doesn't mean they are leaving the country. Infact, they are even investing more in Nigeria. They explained to us that Shell is not ready to leave the country.'

Late President Umaru Yar'Adua presented the PIB to the National Assembly in a bid to reform the nation's oil sector.