The Arab League And The Biafran Nation. 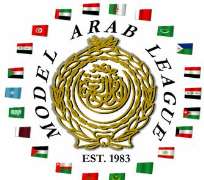 No wicked man shall go unpunished and everyone whose support sees to a continuous spilling of innocent blood will have his own blood spilled; those who kill by the sword shall, by the sword, go. That is the story of all the countries that fully supported Nigeria's genocide against Biafra and those who stood by and watched-saying nothing even when their word counted for much. The wind of harvest shall reach to the uttermost: from Africa to the Arab world, from UK to all Europe; from Rome to America, and round about. It's gross ignorance to deny someone else of justice and, at the same time, expect to get any; even with bullets and rockets, the only justice you will receive will be your due punishment. That will be the reward of the Nigerian government, Nigerians whose people actively participated in the genocide and rejoiced over the blood of Igbos unjustly spilled; Britain who wanted, from the moment they entered the Southern territory, to wipe out everyone of Igbo extraction, The Arab league (all countries bound by signatories) who openly and forceful backed the Muslim North in what they saw as a total eradication of infidels, the Russian government, who will never rise to relevance again as long as wickedness remains a custom, and Egypt, a country of the Pharaohs and the unbearable plagues.


Having taken more than enough from the Muslim North backed by the Sodom of Europe and the entire Arab league, and as the only solution to stop the furtherance of wickedness which had become the lot of Igbos by the Nigerian government and the North, Col. Ojukwu, in agreement with the elders, announced an independent state called the Republic of Biafra of the 30the of May, 1967; and on the 6thof July, 1967, the Nigerian government, having been fully backed by Britain, Russia, and the Arab League, descended, like locusts, on Biafraland and wiped over 3 millions Igbos off the face of the earth. Although Israel would have actively stood by Biafra alongside states like, Haiti, Ivory Coast, Tanzania and Zambia, they were engaged by this same Arabs on their fronts. And to buttress their point and their wickedness for anything Christian or Jewish, Egypt, like their stories have always been, sent in mercenaries to help the Muslim North and other willing Nigerians wipe out Igbos; these Egyptian pilots had a single mission: target and wipe out civilians-not soldiers. And for 30 months the war raged on until the number of the slain completed and judgment set in.

The Communist USSR shattered-never to be relevant again until a time dreadful visitation shall bring great judgment. The Arab world wants a world without Israel but they already know that the opposite would be the case if men would not respect history. Today, the plague of Egypt has returned, never to go until all of Israel is safely gone. To those countries that signed for an extinct Igbo race and still oppose the prosecution of war crimes against Biafra, and the actualization of the sovereign state of Biafra: you will receive your full payment at the appointed time-not even one of you shall go unpunished. Every country that signed for the destruction of Biafra in the Arab world will have more than they know to battle with for decades to come. As for Britain and their allies in that crime, even bank notes shall become millipedes and those who boast in riches shall rust like iron. And for those whose religious mission is an open hatred and gross destruction of anyone who opposes them: the sword is turned on you, and shall never depart until Biafra becomes a Sovereign nation and until divine anger is fully meted out. You fought for a world without Israel and a Nigeria without Igbos; what have you achieved? Since 1967, Palestine has continually paid for your decisions and Nigeria has paid for your wrong zeal. A Palestinian state without a Republic of Biafra would be like a cooking tripod where woods are burnt. As for you, United States of America, who stood silently as Biafrans were massacred for no reasons: you are as guilty as they are and, because you were silent as children cried in Biafra and as blood were poured out unjustly, heaven will be silent as you choke in the results of decades of conspiracy.


That man who is celebrated today for his great impact in the short life he had, the man Steve Jobs, was said to have renounced Christianity because of the great injustice he saw against Biafrans-injustice supported by Britain, USSR, and the Arab League, and overlooked by America. He saw what those who claimed to be representatives of Christ refused to consider, and he was forever changed. I want to believe that what he renounced was not God, who forever is true, but those Pharisees and Sadducee whose claim to spiritual relevance are false. And, as long as truth is concerned, his choice spoke in heaven against all those who stood in favor of the genocide. The good book says that being tied to a stone and thrown deep down into the river would be a better and fairer treatment for whosoever “shall cause one of these little ones to fall.” Today, the reasons for the Biafran war are still there, and even in a growing stage-considering the world of today. But what these Pharisees and Sadducee are doing is the very thing they have done from the time of Christ: oppose the truth by every means possible, even if it means opposing God Himself, whom they claim to serve and represent. In Nigeria today, you see them in their numbers moving in and out of Aso Rock, not to deliver Jeremiah's message which should prompt repentance in a country whose cup of doom was long full, but, like Hananiah, to oppose every truth from the mouth of God. These men of God promise the presidency their prayers, the governors their intercessions, and those who have fought against and delayed the angel of our answers just as their fellow prince in Persian once did, of God's nearness. But Michael, our prince, is, and nothing shall delay the decisions which have been made and sealed.


Until the consummation of time, man still has a chance for recompense; until the soul is sold forever, there remains the opportunity for change. Palestine has to be independent, and so does Biafra-much so. The Arab world needs peace, but it will come when they have removed wars in the doors of others. And as long as the blood of Biafrans are not appeased by the establishment of the sovereign nation called “The Republic of Biafra,” and retributions made by countries and individuals who contributed largely to the genocide, one war shall replace another, and bloodshed shall be demanded and paid in successions. As for Britain whose police kill blacks at random: guns will not always go off; you have a huge and urgent debt to pay Biafra and, unless this debt is paid, Britain will lose everything which has ever held it higher above others. Getting to America, God's own country where men's hearts have been sealed up against the voice of the same God to whom they claim the country belongs: you will champion the redressing of the injustice which has stayed for decades in Nigeria against Biafra. Lastly, to the Nigerian government which lost legitimacy before God since 1967: if you are not tired, will God, the creator of all, be tired out by you? Nigeria was never a country and, even now that the blood of the innocents seems to hold you together, even that same blood shall be your doom. And none that is guilty will go unpunished. Biafrans did not go out to spill blood nor did they oppose freedom; every country that have opposed the state of Biafra, and still do, will be opposed in every way-in ways that matter most. To those who do not believe in anything besides themselves, you shall force yourself to believe. And to those whose agenda has remained to wipe Israel off the face of the map: you have dug your grave and, in a matter of days, you shall fall therein. Biafra was born to be free, Biafra must be free. To all who stand for the freedom of Biafra, freedom cannot be far away from you. But to those whose lives are sustained by the pains on Ndigbo, horrors shall escort you out of this lane.

Disclaimer: "The views/contents expressed in this article are the sole responsibility of Ikechukwu Enyiagu and do not necessarily reflect those of The Nigerian Voice. The Nigerian Voice will not be responsible or liable for any inaccurate or incorrect statements contained in this article."
Articles by Ikechukwu Enyiagu
1-4-2015  Gej And Gmb: What Legacies May Record28-3-2015  Inec And Nigeria's Destiny26-3-2015  Biafra: What Seek Ye?17-10-2014  The Short Story Of Samuel And Saul16-10-2014  The Short Story Of Samuel And SaulMore...