Will you allow your partner’s ex spend the night in your house? 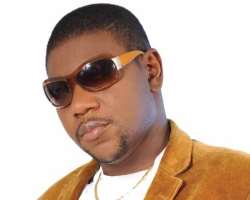 Madam Jane didn't know what she was getting herself into when she allowed her ex-boyfriend spend the night in her home without the consent of her husband. When her husband got to know about it the next day, he was furious. But because he loves his wife dearly, he didn't know how to handle the situation.

The question Bridget AMARAEGBU sought answers from some of celebrities is, 'was it right for his wife to have allowed her ex spend the night in their home?
Enjoy it.

No way, not in my own house — Lurrenz, Musician

No, way he can't spend the night in my house. My dear, a lot of things can happen in one minute. What I'm saying is that no matter how much we love each other, it is not advisable to give the devil any opportunity to ruin our home. Though, it's very possible that this ex- lover just got stranded and was looking for refuge, I don't think my house is the best place for such to happen. At worse, I can afford to pay his hotel bill for just that night, considering the danger that can befall him if he's left in the dark. But he won't sleep in my house for any reason.

Again, I ask myself questions such as why should he be stranded around my house? Can't he find his male friends to assist him? What about his relatives? Of all his friends, why did he remember my wife for such assistance? The fact that I'll pay for his accommodation will be based on the love I have for my wife and I won't even pay for more than one night, after which he should be able to find his way, unless he has an ulterior motive.

Even if he hasn't got a hidden agenda, I'll not be comfortable if after one night he still can't find his bearing. And you should not blame me for taking any other action. I want you to understand that most men will not even hear of it.

Things that like this can lead to divorce in many African homes. We are not in the western world where nearly everything is obtainable. Some of them may not really bother if their spouse is having another affair or not. But the mind of the average black man is full of jealousy with issues such as this.

And if you ask me what I'll do if the ex-lover in question was my girlfriend, I'll like to put it straight here that my ex-girlfriend cannot come around my matrimonial home. If she's stranded around my house, I'll seek the consent of my wife and together, we'll put her in a hotel so that peace can reign.

There's no reason why anybody should allow trouble to smell around his home for no serious reasons when there are other options.
I know so many men who can't stand their women having a chat with another man. In fact, there's a particular neighbour of mine who doesn't allow his wife to chat with his friends and he has a good reason for doing that. No matter how much those friends of his try to persuade him, he'll tell you that his wife is too young to handle such chat, and I don't blame him. Since he already knows that his wife is too young, it's better for him to shield her from danger. I'm not saying that any of those friends would begin to toast her but he has to be cautious to avoid temptations.

Sometimes, when you hear that one partner is being unfaithful, it may not be intentional but as a result of the situation he or she found himself, don't forget that the spirit may be willing but the flesh will be weak. That is why it's better to avoid any short cut the devil can use to destroy your marriage. We've heard stories where unfaithful partners were bewitched, and so on. We read them on the papers and watch related issues in the movies.

So, what are we talking about?

Let's all pray that we have a happy and peaceful home because it's only God that can sustain our homes but then we should also make our own effort.

Why not, I trust her — GT Guitarman, Musician

My answer is yes. Do you know why? Because she is my wife and confidant. I don't see any reason why I cannot trust her. Trust is the word that should hold any relationship and I believe that once that trust is not there, then a relationship as sacred as marriage should not hold in the first place. I won't marry a woman who doesn't love me because it's only when a relationship is not built on love that the people involve find it difficult to trust themselves. I'll like to give my spouse that opportunity to prove her love for me.

Honestly, I don't know where you get all these inspirations from but if you insist that it's a true life story, then I'll tell you my mind. The truth remains that I'll not allow my wife's ex to even visit my house, not to talk of spending the night in my house. No forget say na from clap dem de follow enter dance…o. From spending one night, he may have to visit again and before you know it, so many things might begin to happen.
Another thing is that any woman who can bring her ex- boyfriend to her husband's house is mad. As far as I'm concerned, she can lodge him in the hotel and do whatever she likes with him there but not in my house.

It's an assault to marriage — Amaka Johnson, Model

My dear, such a thing is not advisable because no matter how much love we profess for each other, I'll never be comfortable with myself as long as this ex-lover of his is in the house. Anything can happen when a man and woman who are not related are left alone in the same house.

While I was growing up my grandmother always reminded us that you don't keep yam and goat together and come back to find them the way you left them, no way, and I believe her.

Apart from the fact that he can also do whatever he likes with her elsewhere if he doesn't want me to know, I'm still better off if he does it outside my knowledge. Sleeping with her in our home will mean an assault on my marriage.

No, I'll not allow that to happen. Is it that she can't find any other place to spend the night? I'll only be a fool to think that nothing will happen between them that night because anything can happen. Do you still remember that saying, old firewood no dey quench? I don't even expect her to still have my husband's contact in the first place because they should have been separated long before now. So what is she still looking for in his home if not trouble?

It's not my business if he goes looking for her elsewhere but it won't happen under my roof, never.

Many things can happen in one night — Fragrance, Musician

Ah! No way, eeh too many things can happen in one night. I can't trust any man to the extent of allowing his ex-girlfriend to come spend the night in my matrimonial home. At worse I can rent a room for her in a hotel but she won't sleep under the same roof with me and my husband. That one is not safe at all and that's my personal view on this issue, any other persons opinion is welcome.