Is 2Face Idibia the right role model for Nigeria’s youth? 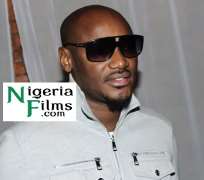 CNN's weekly programe which focuses on Africans who have done well in their chosen professions, recently featured Nigeria's 2Face Idibia. Well-known for his creative streak, soothing voice, and award winning “African Queen” track, he has steadily climbed the musical scene with songs that clearly thrill the youth scene. He's quite dashing too and this probably also accounts for why he's the darling of many a young, street-wise lady in Nigeria today.

He's the clear idol of many young men too. They look up to him as someone who they aspire to be. In clear recognition of his contributions to the music industry, he has become a well-known face with advertisers who cash in on his fame to push their products to the rest of us.

While not taking away anything from 2Face Idibia's talent and ability to hold the crowds in awe, I personally do not believe that he should be the role model for young men and women to look up to. 2Face has fathered five children from three different women. This, in my opinion does not make him a suitable role model. Speaking about it during the television interview, he dismissed it as unimportant. As far as he was concerned, the most important thing was that he was looking after the children and taking responsibility for their welfare.

One would have thought that he would bravely talk about this unflattering aspect of his life and take responsibility for the irresponsible behaviour in the first place; counsel his fans on the importance of taking forthright life decisions.

By the way, one hopes he is making wise investment decisions with his current earnings. Having laid this sort of pattern down as the norm for society to embrace cannot be right. Equally, turning a blind eye to a wealthy 36-year-old with five children from different women is not on! Sadly, society fails to see that many of his young fans may see him as their idol and want to imitate his way of life.

Imagine what the communities will look like if the young men go about having babies all over the place. The young men and women who wriggle their bodies at his tunes may feel it's the in-thing to adopt such a lifestyle. Our young men in particular must not see this as the fashionable thing to do. One would have thought that at the very least 2Face would have owned up to his mistakes and said it is not the thing to do, as opposed to blithely brushing aside that fact that, he has fathered several children up and down the land.

I suppose the fact that he takes care of them makes it ok! Indeed, our youth watching that interview could also imbibe this unwholesome culture, believing it to be cool and get down to it. Society should not be swayed by behaviour which ordinarily would have been condemned, if the perpetrator was an ordinary young man.

Role models for the youth should boast of upright lifestyles and be above reproach. Knowing that so many look up to them, public faces should take forthright steps in life; they should be proud of wholesome lifestyles. Mistakes in life are allowed though it is difficult to see how one could repeatedly make the same mistake. Being wayward and notorious should not and does not make you a best-seller.

Nigeria should stop paying homage to the symbols of a way of life that is blatantly wrong. Advertisers should not think about profits ahead of building a wholesome society which folds fast to real values of life. Laxity in morals cannot be wiped out by all the talents in the world. I see it as a dangerous trend if those who have not demonstrated integrity in their lives are being held up as the barometer for the youth.

It is no different from the on-going controversy surrounding the recent national honours list. The list attracted plenty of criticism over the calibre of some of the recipients. Writing on the honours list in his column, in one of the daily newspapers, Luke Onyekakeyah asked: “The fundamental question that begs for answer is, if the crowd of national honour awardees has done exceptionally well as Nigerians are made to believe, why then is the country bleeding in all ramifications?”

My question: Who are the real role models in this country?