Patience Ozonkwo and Joke Silva speak on “Victims of the Society” 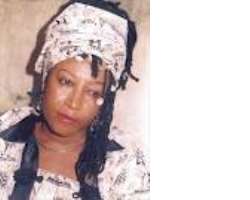 Nollywood greats Patience Ozonkwo, Joke Silva, Alex Usifo lock horn in the new advocacy lick “Victims of the society by actor and film maker Elvis Chuks. With this level of artistic combination, one couldn't expect anything less than a wonderful executed movie and this is exactly what we get.

The movie “Victim of the Society” is an advocacy flick done artistically in the aftermath effect of child abuse. It takes a holistic look at what happens when a child is turned into a monster and when the monster is unleashed on the society. The movie explores the damaging effect of abuse and the role of the society.

Speaking elaborately about the movie, Patience Ozonkor says “The story is a very unique one. I felt touched by the storyline of the movie when I read the script. Many people have done stories concerning what people are passing through in the society but they have never touched it the way this script touched it. Look at the background of the girl in the movie, the foundation of the family, when the foundation is broken, every other thing goes wrong. So the foundation matters a lot. Poverty, abject poverty can lead one into a lot of things, lack of care from parents, lack of care from government can lead our children into bad things, for example, using their body to achieve what they want.

“This is the kind of movie we want to be doing now, topical movies that will tell stories that would go anywhere in the world, not just stories that portray things in our society but all societies around the world not just Africans alone. Even the white people go through what was portrayed in this movie which is an international standard movie” Mama Gee said.

Also commenting on the movie, veteran actress Joke Silva says “the movie treats on various issues that affect our society such as human trafficking, the HIV/AIDS surge child abuse and women abuse. Personally what I like about the movie are the topics the movie bothers on, because you know, when one form of abuse is left unchecked, it always leads to more abuses and it keeps going on and on like that and this is what happens in our present day society”

The producer Elvis Chuks became popular with his roles in numerous Nollywood flicks and soap opera such as, Superstory. He is one of the very few to have studied motion pictures outside the shores of this country, where he bagged an advanced diploma in filmmaking. Born in Abia state, he started his movie career when he featured in “Tales by Moonlight” “sweet and sour” and other sitcoms.

When asked who the target audience is, Elvis said “the movie is a movie for the society and it is not for Nigeria alone but for the whole of Africa, according to reports 75% of people in the world have being a victim of one abuse or the other. I am very passionate about this movie because the message cuts across the social classes in our society and the world over”

“Victims of the society” paints a picture of a growing child from a remote area who constantly witnesses the abuse of his mother by his drunken father and he has to come to terms with his two younger sisters who hawk on the street for survival. This movie is intended to sensitize people on the dangers of child neglect, child abuse and women abuse.