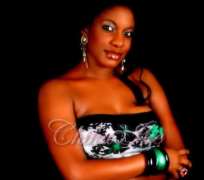 Recall that we brought a report to you few weeks back on top actress Chika Ike's marriage break up and in that story we stated that Ms. Ike's estranged husband did not put his mistress in a family way as believed by many people?

Going by reliable information reaching us,the denial of her former husband of having a mistress and putting her in a family way is one the many lies that this pretty,scandal free turned controversial actress has built around herself to save face.

As gathered,Chika's husband,Mr.Ebieri was guilty of the same offence that his wife was fingered of committing.He has a mistress who we gathered was taking over the duties of his wife anytime she either traveled out of the country for her many businesses or went on movie location.

Mr.Ebireri went extra miles to put the lady whose name was withheld in a family way,leading to the break up of his marriage as Chika moved out of her matrimonial home.

As you read this page,the lady is six months gone with her pregnancy.