Imoke Mourns With The Ibrus And Delta State Government 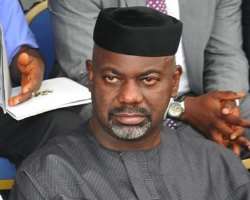 
Imoke also mourns with the government and people of Delta State on the demise of one of their illustrious sons whose passage came at a time his service was most desired for national development in the country.


An official statement signed by Imoke’s Special Assistant, Media and Chief Press Secretary, Mr. Omini Oden said Alex Ibru will be remembered for his entrepreneurial spirit, patriotism and ecclesiastical support to the development of the people and the nation at large.


Imoke said the late Ibru expressed his enterprise in the chain of businesses he invested in and managed successfully especially Nigeria’s most renowned and popular tabloid – The Guardian Newspaper.


The Governor maintained that late Ibru’s capitalist fervor did not becloud his sense of patriotism as he served the country unblemished.


He pointed out that it is indisputable that Alex Ibru’s venture into the media industry for over twenty years helped to redefined Journalism practice in Nigeria taking it to a pedestal of ethical consciousness.


The statement adds that the Guardian Newspaper is today the flagship of Nigeria’s Journalism is a tribute to the mission of the deceased in a profession he believed in and stood for.


On behalf of the Government and people of Cross River State, Imoke charged the Ibrus to remain committed to the good legacies Alex left behind, as his vision will surely outlive his name.