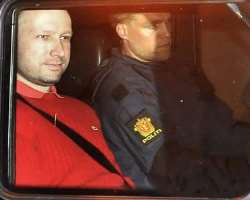 Prosecutors added that the psychiatric evaluation may mean Breivik could not be sent to jail.

"The conclusion is ... is that he is insane," Holden told a news conference. "He lives in his own delusional universe and his thoughts and acts are governed by this universe."