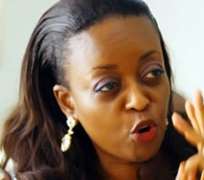 Oil marketers and other importers account for   the importation of 50 per cent of petrol consumed in the country, while the NNPC handles the other 50 per cent.

The Federal Government pays subsidy on petrol to keep the pump price at N65 per litre nationwide, though the landing cost of the product through importation is well over N100 per litre.

From a recent data obtained from the Petroleum Products Pricing Regulatory Agency's website, retail price for petrol is N65 while the expected price is placed at N139.69. This amounts to a subsidy of N74.69 per litre.

The expected price of N139.69 was arrived at by adding a margin of N15.49 to the landing cost of the product, which is N124.20 per litre, according to data on the PPPRA website.

Nigeria consumes about 32 million litres of mostly imported petrol on a daily basis and at N74.69 per litre of subsidy, the marketers share over N2.4bn daily.

When our correspondent contacted the National President, IPMAN, Mr.  Abdukadir Aminu, on the telephone, he said the 50:50 template for petrol importation between the NNPC and MOMAN/IPMAN/other importers, still subsisted.

He said, 'Aside from IPMAN and MOMAN, we still have other importers of petrol. They don't have an identity. We just call them other marketers.

'They don't have retail outlets. IPMAN and MOMAN can't be held responsible for these unidentified marketers.'

Efforts to reach the Executive Secretary of MOMAN, Mr. Obafemi Lawore, were not successful as he did not pick calls made to his phone and did not reply to text messages our correspondent sent to him.

SUNDAY PUNCH however gathered that some NNPC officials allegedly colluded with importers to move refined products from Nigerian refineries to the high sea where they were sent back as imported fuel, in order to claim fuel subsidy.

The President of the Maritime Stakeholders Consultative Forum, Mallam Suleiman Aliyu, and the agency's Secretary, Mr. Adefila Aderogba, reportedly said officials of the NNPC were conniving with foreigners to sell locally-refined products to Nigerians as imported products.

According to them,  on November 1, 2011, a vessel, SEA PHANTOM, flying a Hong Kong flag was accosted by a NIMASA team on random check. The vessel was discharging its content, about  10,000 tonnes of kerosene, into a bigger vessel, MT TORM ESBJERG, within the Lagos waters.

When the NIMASSA officials conducted further checks, they discovered that SEA PHANTOM loaded about  10,000 tonnes of Dual Purpose Kerosene  from Okirika in Rivers State with the Port Harcourt port (Abonnema) as the final point of discharge for local consumption.

However, the vessel was allegedly diverted to the  Lagos offshore.

Further investigations by the agency allegedly showed that the receiving vessel, MT TORM ESBJERG, with a capacity of 29,733 tonnes was already in possession of more than 20,000 metric tonnes of DPK.

The SEA PHANTOM content was added, making it a total content of about 37,500 metric tonnes of DPK.

NIMASA's findings further showed that the 7,500 tonnes of DPK on MT TORM ESBJERG was to be returned to the Port Harcourt port in Rivers State as imported DPK for local consumption.

When contacted, the Group General Manager, Group Public Affairs, NNPC,  Dr. Levi Ajuonuma, did not respond to calls and the text meesage sent to his phone by our correspondent around 8pm on Friday.

A resolution from the National Assembly said, 'The Senate committees on Petroleum Resources (Downstream), Appropriation and Finance are to investigate the operation of the fuel subsidy scheme.'

The FG at the beginning of the year set aside N240bn in 2011 budget for oil subsidy, out of which N20bn was billed to be spent monthly on subsidy.

By the end of the year, the FG will have spent N1.2tn on fuel subsidy against the N240bn appropriated by the National Assembly.

President Goodluck Jonathan had recently conveyed to the National Assembly the intention of his government to begin the removal of fuel subsidy next year.

Jonathan made his intention known in a letter relaying his administration's Medium Term Expenditure Framework and a N4.8tn budget for the 2012 fiscal year.The covering letter for the budget read in part, 'A major component of the policy of fiscal consolidation is government's intention to phase out the fuel subsidy, beginning from the 2012 fiscal year.

'This will free up about N1.2tn in savings, part of which can be deployed into providing safety nets for poor segments of the society to ameliorate the effects of the subsidy removal.'

State governors had also declared their support for the Federal Government's planned removal of fuel subsidy. They gave their consent at the National Economic Council meeting held in the State House, Abuja.

The organised labour and opposition parties however described the planned removal as a 'declaration of war and invitation to anarchy.'