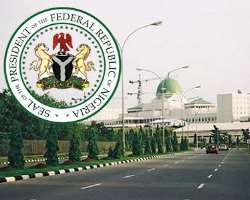 
In the last couple of weeks, Nigerians have faced a barrage of threats from government officials including President Jonathan to remove the subsidy the government pays for the petroleum products sold to Nigerians. Officials of the current federal administration have also used most public events in the last few weeks to urge Nigerians to be ready to make more sacrifices.

The psychological and media war waged by top political office holders against the Nigerian people started some few months ago when the minister of finance Professor Ngozi Okonjo-Iweala presented to the National Assembly, the Federal government‘s medium term expenditure framework (MTEP) which disclosed that the government will from January 2012 withdraw the subsidy it pays for petroleum products sold to Nigerians.

In all of these submissions made so far by government officials, the interest of the very poor citizens did not feature just as it is now clear that the current government has created the bad impression and image as being anti-poor, anti-people and therefore does not care about providing social protection, social security and social welfare to the greatest percentage of the citizenry who are obviously poor, unemployed, homeless and bombarded by the current unprecedented state of insecurity.

Most people are worried that this administration which rode on the back of popular mandate to come to political power in April 2011 has now become a friend of the extremely rich who are not even up to one percent of the nation’s population. How come that the current government is doing everything possible to assist the rich but doing nothing to assist the poor?

If you doubt my assertion, then read the disclosure in the Daily Sun newspaper report carried in page 11 of November 14th 2011 edition, whereby the Federal government under President Goodluck Jonathan reached an ‘unholy’ agreement with defaulting companies that cumulatively owes the federal government over N170 Billion tax.

Rather than allow the full weight of the law to be brought to these defaulting companies that have refused to pay the N170 Billion tax to the public treasury, the current administration negotiated with the defaulting companies for them to pay only N22 Billion. How come then that the federal government is providing tax subsidy to the rich company owners but is threatening fire and brimstone to remove fuel subsidy which ought to benefit the very poor Nigerians if properly enforced?

Come to think of it, the universal Declaration of Human Rights and the Nigerian Constitution regard social security as human right. But why then is the current government bent on increasing the economic burden of the very poor citizens in the guise of enforcing strict economic austerity measures? Where then is the essence of democracy if public office holders especially those in the executive arm of government keep back huge chunk of cash running to several Billions of tax payers’ money as security votes which they siphon to their private bank accounts offshore, but are determined to make the cost of living for the poor harsher and tougher?

The Universal Declaration of Human Rights stated in Article 22 that social security is a human right. Section 16[1] of the Nigerian constitution provides for social welfare for Nigerians.

what the removal of subsidy on petroleum products will bring about to the majority of Nigerians who are poor include among others, more poverty, high cost of transportation, unprecedented misery, frustration and may increasingly push more Nigerians into social crime, immoralities of prostitution and fraud and will inevitably lead to more suicide rate in Nigeria.

Ever imagined why Nigeria is not spending anything to cater for the poor populace even when the United States is spending huge amount to take care of the vulnerable members of their society?

The 2011 annual report by the Social Security program's Board of Trustees noted that in 2010, 54 million people were receiving Social Security benefits, while 157 million people were paying into the fund; of those receiving benefits, 44 million were receiving retirement benefits and 10 million disability benefits. In 2011, there will be 56 million beneficiaries and 158 million workers paying in. In 2010, total income was $781.1 billion and expenditures were $712.5 billion, which meant a total net increase in assets of $68.6 billion. Assets in 2010 were $2.6 trillion, an amount that is expected to be adequate to cover the next 10 years.

You may call it social security or social protection, the important thing is that the poor among us must be protected from going extinct as a result of hunger and civil conflicts instigated by poverty.

Written by Emmanuel Onwubiko of the Human Rights Writers’ Association of Nigeria.