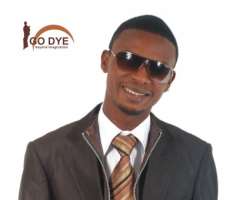 If a show is well packaged, Nigerians are prepared to pay as much as N50,000 to
see it. This was what Francis Agoda, popularly known as I Go Dye, has proved with his first 15 years on stage show which sold out at N50,000.

Organized by Yinka Akinlawon and Angela of Event Empire, UK, the show, which held at Hexagon, featured an array of stars that included D'banj, Terry G, Basket Mouth, Mr. Ibu, Gordons, Gandoki, amongst many others.

Tagged, “I Go Dye Standing: Sentence The Judge” the show turned out a monumental success, despite the challenge the organizers experienced in the hands of the management of the venue.

This was so because just two hours to the kick – off of the show, the management of Hexagon, the event venue where the show held on Saturday September 19, notified the organisers that they wouldl not be responsible for electricity supply for the show. This we heard was contrary to the agreement reached by both parties earlier.

This led to more than three hours of delay. But when it eventually kicked off at about 10pm, there was never a dull moment.

Other stars that made the day fun for Benin people were the Mo Hit Crew, MI. D'Banj, who openly confessed to the press that in all his years of showmanship, he had never been received like a King the way he was received in Benin.

Others were Basketmouth, Gordons and Gandoki. In spite of the frustrating delay, we were surprised to find out that the N50, 000 VIP tickets sold out very early, leaving the silver and bronze tickets, which were sold for N10, 000 and N3, 000 respectively.

The show opened with Gordons who thrilled the crowd ceaselessly with his jokes. Gordons paved way for MI who performed all his songs, especially Anoti. After that was the turn of Gandoki to give his own unadulterated jokes.

Then came the man of the moment, I Go Dye. He stepped on stage amidst spontaneous screams from the audience who kept laughing at his comic presence and posture, even without him saying a word.

The most anticipated performance after I Go Dye was by the Mo Hits Crew championed by Koko Master, D'Banj, Wande Coal, Dr Sid and Ikechukwu. They kicked off their performances with Wande Coal, followed by D'Banj who waltzed into the crowd and this led to an endless naira rain as the crowd sprayed him.

The Mo Hits crew entertained the people to the fullest before introducing Ikechukwu to do the classic, “Wine am well”.

The high point of the event was when Terry G came on board. He went into the crowd and by the time he came back on stage, he was shirtless.