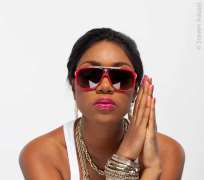 Ghanaian star actress/model Yvonne Nelson escaped death by a whisker on Friday night after her food was poisoned.

According to sources,the incident took place a few hours before she embarked on a trip to Paris where she celebrated her birthday with close friends and actress Yvonne Okoro.

“At about 12:30 midnight Friday, she had to be rushed to the hospital for an injection. She was told it was food poisoning,”

However, she confirmed the story on her blackberry status Saturday afternoon, saying, “One birthday gift at 12:30 was an injection. God bless you all.”

Yvonnne nelson is currently in Paris celebrating her birthday with fellow actress Yvonne Okoro and others.