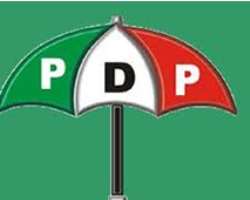 The controversy over the conduct of the ward congress of the Peoples Democratic Party (PDP) to kick-start the governorship primary election in Bayelsa State took a new turn with five governorship aspirants rejecting the results and calling for the suspension and disqualification of Mr. Henry Seriake Dickson.

But Dickson has denied engaging in any acts that contravened the party constitution and accused the aspirants of playing the script of incumbent Governor, Chief Timipre Sylva.

The aspirants, Christopher Fullpower Enai, Boloubo Orufa, Fred Korobido Ekiyegha, Austin Febo and Francis Amaebi Doukpola said, the ward congress did not take place in any of the 105 wards in the state.

While accusing Dickson and his agents of lying when they said the ward congress took place and was peaceful, they said they want to corroborate the protest of ten members out of the 14 state executive members that said there was no ward congress.

According to them the Mahmud Wakil led panel did not come with any material or document to the state party secretariat at Onopa, Yenagoa. They therefore stated that any result purportedly emanating from the ward congress was fabricated, false and misleading.

The aggrieved aspirants called on the acting National Chairman and the National Working Committee (NWC) to set a new date for the ward congress and send a different set of unbiased officials to conduct the ward congress in the state.

However Dickson in an interview dismissed their claims, noting that they are agents of a failed system trying to hold on to power.  He disclosed that reports he got from the 105 wards indicated that the ward congress was peaceful.

In another development, Peoples Democratic Party(PDP) Chairmen in  six local government areas of Bayelsa State yesterday debunked the claims of some members of the state executive of the party and some aggrieved governorship aspirants that there was no ward congress in the 105 wards in the state.

The local governments are Ogbia, Ekeremor, Southern ijaw, Sagbama, Kolokuma/Opokuma and Yenagoa. According to them they were in charge at the local government level and witnessed the election of the three delegates from the various wards.

Dickson explained that the aspirants whom he accused of acting out the script of Sylva to discredit the process are ignorant that the ward congress was not for governorship aspirants but contestants who had bought forms to contest as delegates.

He reiterated his desire to extend a hand of fellowship to the other aspirants in his quest to build a new Bayelsa where nobody would be excluded.

His words: 'Those who said ward congress did not take place are lying.  I also did not see the panel members who came from Abuja, but party members in the various wards voted. The ward congress is not for governorship aspirants but those who bought forms to contest as delegates. The aspirants are agents of a failed system. They are acting the script of Sylva. But my hand of fellowship subsists. It is not for the primaries alone but even after the general election. I want them to join hands with me to build a new Bayelsa.'

Not even the brandishing of their official identification cards could move the Policemen. They had to leave and change the venue to the NUJ press centre