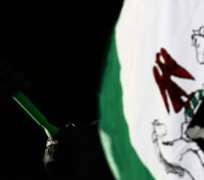 The medical records of an estimated 30,000 patients of a Rhode Island physician cannot be accessed because the doctor abandoned his practice and left the country to run for political office in Nigeria, state health officials say.

The state says Kpea, who has practiced in Rhode Island since 1985, had offices in other locations – including Warwick, Providence, North Smithfield, Newport and Narragansett – in a practice doing business as Skin Medicine and Surgery Centers.

Kpea apparently left to become a candidate in Nigeria's spring National Assembly elections – without designating another physician to assume responsibility for his patients.

The health department suspended his license last month, saying he left patients without any continuity of care and that he has many unanswered complaints before the Board of Medical Licensure and Discipline indicating a pattern of "negligence in diagnosis and treatment." Kpea and his practice are also named in several malpractice claims in state court.

The suspension order says Kpea's continued practice in Rhode Island would constitute "an immediate danger to the public."

Kpea could not be reached. Michael Sarli, listed in the suspension order as Kpea's malpractice attorney, did not return several messages.

A man identifying himself as Kpea's son who answered the door at an address listed for Kpea in South Kingstown said Kpea is in Nigeria. He said Kpea lives there now but is due in Rhode Island for a visit soon.

Health department spokeswoman Annemarie Beardsworth told The Associated Press that state health officials are working with the bank that holds the mortgage on the properties, Freedom National Bank, and with Kpea's attorney "to determine when and how patients can get records." She insisted it is Kpea's responsibility – not the state's – to ensure his patients have access to the files.

Beardsworth said some patients had contacted the department about their records but she could not say how many.

"The linchpin in all of this is Dr. Kpea," she said.

She said that, if a physician were to die unexpectedly, a colleague would likely cover the practice – and take over the records – in the interim. Rhode Island law requires a doctor's heirs or estate to inform the public and make medical records accessible.

Beardsworth called the situation unprecedented and a "test case," adding: "You want to make sure that patients' medical records are in a secure environment."

A spokesman for Freedom National Bank, Dick Slater, said the bank wants to turn the records – now "under lock and key" – over to the state.

"The bank is more than willing to pack these up and deliver these as soon as possible," he said. As for a timetable, he said, "That's up to the state to decide, as to when they want to take them or receive them over at the Department of Health."

Beardsworth said it is not up to the state to take delivery of the records; even if it were, she said, the state does not have the space to keep them or the resources to make them available to patients.

Health information and medical records are protected under federal law. Patients have a right to access or review their records, and there are strict rules regarding who, other than health care providers, may access them.

Lou Ann Wiedemann, of the American Health Information Management Association, described the case involving Kpea as extremely unusual. She maintains it is the state's obligation to either assume control of the records or contract with a party that can. She said patients may file a complaint with the U.S. Department of Health and Human Services' Office of Civil Rights.

"It boils down to the basic rights to access your health records," she said.

She said the department learned recently that Kpea had returned to the U.S. from Nigeria and believed he intended to restart a medical practice. When a copy of the suspension notice was hand-delivered to his South Kingstown address, his wife indicated he had left the country again, Beardsworth said.

In 2007, the Board of Medical Licensure and Discipline put Kpea on three years' probation and ordered him to pay $2,500 after an investigation into allegations that he had misdiagnosed patients, failed to identify skin cancer and failed to provide proper oversight of clinicians in his practice.

Beardsworth said there are numerous outstanding complaints against Kpea but would not say how many or describe the allegations against him. Complaints against a physician do not become public unless the board takes action.

The health department says Kpea graduated in 1984 from the Chicago College of Osteopathic Medicine, which is part of Midwestern University. Midwestern lists him as a faculty member in internal medicine and a graduate.

He completed dermatology residency at Brown University's Warren Alpert Medical School in 1988, according to Brown.

The Connecticut public health department said in a 2008 consent order that Kpea's license in that state was put on probation until the Rhode Island probation was complete. The department alleged he gave substandard care to two patients that caused "various severe complications." Kpea closed his offices in Manchester and Norwich, the order said.

Kpea was also licensed in Massachusetts from 1988 to 2003, with an office in Fall River, according to the Massachusetts Board of Registration in Medicine. A spokesman found no disciplinary actions.

In April, Kpea ran as a senate candidate in the oil-rich Rivers state of the Action Congress of Nigeria, a dominant opposition party in Nigeria's southwest. Election officials said he won 17 percent of the vote, losing to a candidate of the ruling People's Democratic Party.