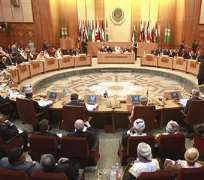 The Arab League suspended Syria and called on its army to stop killing civilians in a surprise move on Saturday that some Western leaders said should prompt tougher international action against President Bashar al-Assad.

Hours after the League's decision, hundreds of Assad supporters armed with sticks and knives attacked the Saudi Arabian embassy in Damascus and Turkish and French consulates in the city of Latakia, residents said.

The Arab League will impose economic and political sanctions on Damascus and has appealed to member states to withdraw their ambassadors, said Qatar's Prime Minister Sheikh Hamad bin Jassim al-Thani. It will also call a meeting of Syrian opposition parties, he said.

"We were criticised for taking a long time but this was out of our concern for Syria," Sheikh Hamad told reporters at the League's headquarters in Cairo. "We needed to have a majority to approve those decisions."

Syria's representative at the Arab League said the decision was "not worth the ink it was written with."

The League's announcement was a sharp rebuke for Syria's leadership which sees itself as a champion of Arab nationalism.

Hopes among Western powers that Assad would be isolated by his Arab neighbours were repeatedly dashed until now. Some Arab leaders have been reluctant to turn against one of their peers given their own restive populations, Middle East diplomats say.

But Assad has pressed ahead with the crackdown on protesters against his rule despite an Arab peace plan brokered on November 2. The United Nations says more than 3,500 people have been killed in seven months of violence.

Syria blames armed groups for the violence and says 1,200 members of the security forces have been killed. Assad, from the minority Alawite community which has held power for four decades in mainly Muslim Syria, has said he has used legitimate means to confront a foreign conspiracy to sow sectarian strife.

Activists said six people were killed in Syria on Saturday.

Sheikh Hamad said the suspension of Syria from the regional body would take effect on November 16, but did not detail the sanctions.

"We ask the Arab Syrian Army to not be involved in the violent actions and killing of civilians," Sheikh Hamad said, quoting from an Arab League statement.

REACTION
Syria's Arab League representative, Youssef Ahmed, said suspending Damascus violated the League's charter because it could only be done by consensus at a summit of Arab leaders.

It was clear that "orders were issued to them from the United States and Europe to hasten a decision against Syria," Ahmed told Syrian state TV.

As news of the suspension spread in Syria, hundreds of men shouting pro-Assad slogans broke into the Saudi embassy in the Syrian capital, residents told Reuters.

The Saudi Foreign Ministry said in a statement demonstrators "gathered outside the embassy, threw stones at it, then stormed the building." It said Syrian security forces did not react fast enough and held the Syrian government responsible for protecting Saudi interests.

A French Foreign Ministry spokesman said he was unaware of any attacks on French interests in Syria. There was no immediate confirmation from Ankara.

A senior diplomat in Damascus confirmed the attacks. "We do not have the full picture from Latakia, but the attacks there appear to have been really bad."

Syrian TV reported a demonstration outside the Qatar embassy in Damascus.

Qadmani said that now that the Arab League had taken its decision "we believe there is no justification for international reluctance" to take tougher steps against Assad's government.

Obama praised the Arab League and said he would continue to pile pressure on the Syrian leadership.

"These significant steps expose the increasing diplomatic isolation of a regime that has systematically violated human rights and repressed peaceful protests," he said in a statement.

U.S. Secretary of State Hillary Clinton repeated her call for Assad to step down. "International pressure will continue to build until the brutal Assad regime heeds the calls of its own people and the world community," she said in a statement.

German Foreign Minister Guido Westerwelle said the decision sent an important signal to those in the U.N. Security Council who had up to now prevented a clear resolution on Syria.

"We will urge this to be seen as a chance for a change of heart," he said.

"France appeals to the international community to hear the message sent by the Arab states, to take its responsibilities and to thus act without further delay," he said in a statement.

ECHOES OF LIBYA
Freezing Syria out of the 22-member League of Arab States carries extra symbolism in the wake of events in Libya, where Muammar Gaddafi was ousted and killed in a rebellion that benefited from NATO air support.

The NATO mission got U.N. Security Council approval after Libya was suspended by the Arab League.

"This step introduces a possibility of foreign intervention and opens the door for engaging the international community in the case," said Nabil Abdel Fattah, a political analyst at the Al-Ahram Center for Political and Strategic Studies in Cairo.

Sheikh Hamad held out the possibility that the League may ask the United Nations to help protect the rights of Syrians.

"If the violence and killing doesn't stop, the Secretary General will call on international organisations dealing with human rights, including the United Nations," he said.