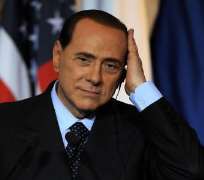 Prime Minister Silvio Berlusconi, who dominated Italian politics for almost two decades, resigned as fallout from his legal woes and contagion from the euro- region’s debt crisis led his government to unravel.

Berlusconi presented his resignation last night to President Giorgio Napolitano after the parliament in Rome approved measures to spur growth and reduce the euro-area’s second-biggest debt. Napolitano will ask former European Union Competition Commissioner Mario Monti to form a government tomorrow after consulting with the country’s political parties. Talks are scheduled to begin at 9 a.m. in Rome.

Berlusconi, 75, said on Nov. 8 that he would resign as soon as the budget measures were passed. Defections had left him without a majority in parliament, and Italy’s 10-year bond yield had surged past the 7 percent threshold that led Greece, Ireland and Portugal to seek EU bailouts. Squabbling among his Cabinet paralyzed the government and his defense of charges that include bribery and paying for sex with a minor sapped his popularity at home and undercut his support abroad.

Celebrated Departure
Thousands of Italians gathered outside the presidential palace to witness the final minutes of the country’s longest- serving prime minister since the Second World War. Berlusconi won three elections and governed for more than half the 17 years since he entered politics in 1994. Many yelled “buffoon, buffoon” as he drove to the president’s residence. Celebrations broke out with people waving Italian flags and dancing upon his departure.

Since Berlusconi’s first election, “not very much has changed,” said Grant Amyot, professor of politics at Queen’s University in Ontario, Canada, and co-author of “The End of the Berlusconi Era?”

“All the world has become more competitive,” Amyot said. “Italy’s economic and state structures needed to be reformed, and it hasn’t been done. That’s the real problem: Stagnation is the word I would use to describe the impact of Berlusconi’s rule.”

Bonds Slump
The yield on Italy’s benchmark 10-year bond jumped to a euro-era record 7.48 percent on Nov. 9, hours after Berlusconi first said he would resign. Italy was forced to pay 6.087 percent on one-year bills at an auction on Nov. 10, the most in more than 14 years. News of the growing support for a Monti government helped knock more than 100 basis points off that peak and sent Italy’s benchmark SPMIB Index up 3.7 percent on Nov. 11, the biggest advance of any European benchmark.

In his third term, Berlusconi was increasingly distracted by his four personal court cases while his government was pressured by European allies to accelerate debt reduction as Italy’s bonds slumped, leading the European Central Bank to start buying the country’s debt in August.

Berlusconi’s fall comes two days after Greek Prime Minister George Papandreou resigned to make way for a coalition government with broader support to implement cost-cuts that will shrink the biggest deficit in the euro region. Changes of governments in Italy and Greece were “positive,” U.S. President Barack Obama said in Honolulu yesterday.

Implementing Austerity
Monti will lead a so-called technical government of mostly non-politicians charged with implementing the austerity measures passed by Berlusconi. They will try to persuade investors Italy can trim its debt of 1.9 trillion euros ($2.6 trillion), more than that of Greece, Spain, Portugal and Ireland combined.

Monti plans to name Guido Tabellini as finance minister, Corriere della Sera reported, without saying where it got the information. Tabellini, 55, is a professor of economics at Bocconi University in Milan, where Monti is president. Giuliano Amato, a former prime minister and now an adviser to Deutsche Bank AG, will be foreign minister, Corriere said.

To win the ECB bond purchases, Berlusconi pledged to ease rigid hiring rules, raise the retirement age, open closed professions and to balance the budget in 2013. Monti’s government won’t have much time because he can’t serve beyond April 2013, when Berlusconi’s term was due to expire.

‘Extremely Competent’
Monti has the support of much of the opposition to Berlusconi, and Napolitano’s decision to push for a Monti government has already been praised by leaders outside Italy. International Monetary Fund Managing Director Christine Lagarde, in remarks in Tokyo yesterday, called Monti “extremely competent.” European Central Bank President Mario Draghi met with Monti this morning in Rome.

Monti spent almost a decade in Brussels as EU commissioner, first for the internal market and then for competition. In 2001, he blocked General Electric Co.’s takeover of Honeywell International Inc., the first time the EU had stopped a deal previously approved by U.S. authorities. He also levied a record 497 million-euro fine against Microsoft Corp. He’s been an international adviser to Goldman Sachs Group Inc. for six years.