PAUL OKOYE OF P-SQUARE FINALLY OPENS UP ABOUT HIS FIANCEE 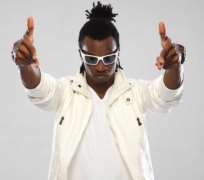 Paul Okoye of P-Square otherwise known as Rude Boy bared his mind on the woman in his life.

My girlfriend name is Anita, she just graduated, she works in an oil company now.

I started dating her when I was nobody and today, she has become part of me. She is my best friend and I am not seeing her as my girlfriend because she is more than than.

If it were somebody I met when my career is blooming, I am sure we would have been having problems. But she is somebody who doesn't bother about who I am. She has this believe of do your own thing and let me do mine.

She is a nice person even though every woman has her fault. She is in fact the best thing and the worst thing.

Na she dey sweet pass and at the same time,na she dey pain pass.

Asked,why don't you make her known to the public now to put an end to the speculations about your love status;he said No.I am not going to do that.Let me tell you the reason,relationship break-up for celebrities is because of much talk and it leads to another thing and before you know it,it gets into the media.Doing that will definitely destroy a lot of things in the relationship.That is why I can't do that.

Let me tell you the truth,I can't give you her picture.