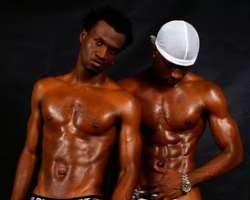 BIDDING to remain one of the most popular Hip Hop group in the country and the whole of Africa and the world, P-Square, the sensational hip-hop group in Nigeria has appointed a new management outfit to handle their road shows.

WACK Entertainment is now the new managers that will be involved in the road management of the group under the supervision of the group's music, label, Northside Entertainment.
The consolidation strategy is coming just as the countdown to P-Square's much awaited releasing of their latest album entitled Danger.

WACK Entertainment could not hide their joy in being the chosen outfit as they announced on their Facebook page that they were very honoured to be so chosen.

“We just finished our first road project with them which was a concert in Kigali, Rwanda where our very own Peter and Paul blew their fans of about 35,000 away as they stood at the Amohoru Stadium in Kigali,” an official of WACK told Trend'tainment.

WACK Entertainment which has under their management artistes like, Bracket, DJ Zeez, Frank Nerto, Morachi amongst others also revealed they were in the verge of signing J-Martins.