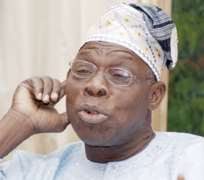 • Obasanjo
As time approaches for Edo governorship election slated for the second quarter of next year, intrigues and scheming have started, especially in the Peoples Democratic Party (PDP), the once ruling party in the State that lost out to Action Congress of Nigeria (ACN) at the Appeal Court after 2007 general election. Before the 2007 general election, the PDP in Edo State was a united family with Chief Tony Anenih as the leader.

From 1999-2007, the party was in control of all elective seats or positions in the state. Anenih proved to everyone that he knew the politics of the state more than any other person; he also applied it in delivering the then President of the country, Chief Olusegun Obasanjo for his second term in office in 2003 against all odds, especially from his running mate ,Alhaji Atiku Abubakar. Edo State remained the stronghold of the party until something went wrong prior to 2007 general election.

What Went Wrong?
As usual, President Obasanjo allegedly destroyed Edo PDP in 2007 when he imposed Senator Prof. Osereheimen Osunbor on the party as itsgovernorship candidate against the wishes of majority of the party members in the state especially Anenih. Before, then it was alleged that Anenih and Obasanjo were having political differences over the chairmanship position of the Board of Trustees (BOT) of the party, which Obasanjo wanted to occupy permanently at the end of his second term in office as President. This move did not go down well with majority of the party stakeholders across the country, but none of them summoned courage to challenge Obasanjo except Anenih.

Obasanjo, in a bid to get at Anenih for daring him over his position on the chairmanship of BOT of the party, hijacked the party structure in the state, factionalised it and imposed Osunbor on them as governorship candidate of the party. In protest of the imposition and to show Obasanjo and Osunbor that the party belonged to the people and members, they strongly turned their back at Osunbor and his godfather Obasanjo, during the election.

That development made Osunbor not to win the election, despite the results allocated to him by INEC in collaboration with the Presidency. That was how Osunbor was later removed by the Appeal Court for not winning the election. That was how PDP lost grip of the state.

The Gladiators
Ahead of the party governorship primaries, many are already jostling for the ticket. Among them are the pretenders and contenders, but it is clear that only time will tell who among them is acceptable to people with the pedigree of transforming Edo State and wrestle power from the incumbent governor, Comrade Adams Oshiomhole. Those who have already indicated interest in the race for the ticket are Barrister Kenneth Imansuangbon, Prof. Oserheimen Osunbor and Major-General Charles Airhiavbere (Rtd)

Barrister Kenneth Imansuangbon
He studied law at the then University of Ife, now Obafemi-Awolowo University of Ile-Ife, Osun State. Upon graduation, he went into private legal practice and was among the first set of lawyers that started practice in Abuja when it was made the Federal Capital Territory (FCT) of Nigeria. As a focused and visionary man with quest for success and exploits, Imansuangbon diversified into properties, education and others; A venture he has successfully made a breakthrough against all challenges and has since then became a household name in Nigeria without relying on government patronage like others.

He is seen by many as philanthropist per excellence,as he has touched the lives of the less privileged at the grass root with his various scholarship programmes and donations across the country. His foray into the murky water of Nigerian politics started with the Action Congress of Nigeria (ACN), a party he singlehandedly nurtured from the scratch in the state with his hard-earned money, before he was shortchanged by the national leadership of the party who handed over the party ticket to Comrade Adams Oshiomhole for governorship election in 2007.

Despite pressures and promises to him to remain in the party after Oshiomhole's victory, Imansuangbon being a man of honour and principle quit ACN with his followers for PDP, when majority of the PDP members in the State especially the major stakeholders had abandoned the party because of their loss of the governorship seat to ACN. Since he joined PDP, he has rallied support and mobilization for the party in the State by taking it to the grass roots for acceptance.

Imansuangbon joined hands with Anenih to revive the party in the state and their efforts so far has paid off during the last general election as the party won majority of the seats in Edo Central senatorial zone where he, Anenih and Osunbor come from. He is the youngest among the aspirants and has high integrity and pedigree. Youths see him as a source of inspiration having achieved a lot as great entrepreneur in a daunting economy like ours.

Many people in the State saw his defection to PDP as a good omen for the party, because he is an asset considering his antecedents in the society. Among the aspirants, he appears to be the most favourable to the people and members of the party in the State. Many believe that in a free and fair primaries he is the man to beat.

Prof. Oserheimen Osunbor
He is an outstanding academic before Anenih brought him into politics in 1998. He has a first class honours in law from University of Nigeria Enugu Campus in 1975. It was on Anenih's political structure that he made it in politics. He represented Edo Central senatorial zone for eight years in the upper chamber before he was imposed on the party as the governorship candidate of the party in the state in 2007; A development that created crisis in the party and caused it the governorship seat in the state.

Many believed that he betrayed Anenih, his initial godfather and other party members when he aligned with Obasanjo to create crisis in the party in a desperate bid to actualize his governorship ambition in 2007. He is seen in the State and the party as Obasanjo's stooge who is on a mission to betray the party again. For eight years as a senator, many believed he did not do much to empower his people especially in rural areas.

Since his removal from office as governor by the Court of Appeal, he was believed to have abandoned the party as nothing was heard from him until now. At a time, it seemed he went into political oblivion only to resurface to jostle for the party's governorship ticket now. He is seen by the party members as someone who has benefitted immensely from the party since 1999, but has not given much back. Besides, age is not on his side, as the youths who are in majority in the party now are already clamouring for the emergence of a younger and vibrant person that can match Comrade Oshiomhole in all angles in the election. His closeness to Obasanjo and alleged differences with Anenih might be another hurdle for him to cross.

Major-General Charles Airhiavbere (Rtd)
He just retired from the Nigeria Army in July this year and jumped into the governorship race. He has no political structures on ground and has not contributed much to the party. He could be best described as a greenhorn in the game of politics having no record of political activities or engagements before now. From past experiences, many Nigerians believe that retired army officers or people with military backgrounds do not make good leaders in a democratic setting, because they are always suppressive and domineering due to their training.

Though many believe that he is relying on the sentiments of hailing from the Edo South zone to join the race. But the argument has been punctured by majority of the people who argue that the issue of the zone should not come into consideration, but the best candidate that can wrestle power from Oshiomhole and bring good governance to the people.

Some even argue that the South has benefitted more than other zones having occupied the seat of governor for eight years. Presently the North is occupying it, so it is the turn of the Central to produce the governor, if not for anything but to compensate Anenih and give him a pat on the back for standing strong behind the party since 1999 against all odds.