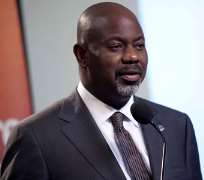 CALABAR, November 09, (THEWILL) - Work at the construction site of a standard drainage system in Calabar to complement the existing ones has commenced in earnest.

The drainage system, which is billed to run west ward of the Calabar Metropolis is to empty its content into the river by the Unicem factory.

Inspecting the facility, the State Governor, Sen. Liyel Imoke said it was one of the measures taken to frantically tackle the incessant flood menace in the city.

Governor Imoke, who had earlier inspected some flood flash points in the city sympathized with the victims, assuring that government would not relent in improving drainages within the Metropolis to forestall any further damage to the environment, which had often culminated in the destruction of lives and property.

The State Governor, who was conducted round the flash points by the Commissioner for Environment, Barr. Edward Ogon expressed gross discomfort at the colossal damage to properties and the socio-economic upheavals created in the lives of the victims. Areas visited included Big Qua and Palm Street by Atu Street.

Drainage systems in Calabar constructed some years ago did not take into account the sudden climate change and its attendant calamities as the volume of water in recent times had overwhelmed the channels, causing overflow and flooding.

Calabar had suffered over five major flooding incidents this year and property worth millions of naira destroyed.

Over 60 homes and perimeter fences collapsed household properties, vehicles and even human lives lost within the period.

Residents of the Metropolis had appealed to the State government to urgently expand the existing channels and build more to arrest the ugly situation.

The State Government had at every occasion of the flooding responded to the plight of the victims by relieving them with foodstuff, mattresses, cement and other sundry items.