Emeka Ike Is A Colleague, Not My Relation- Andy Ike 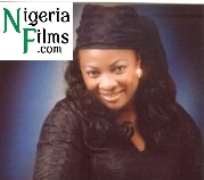 The prolonged speculation going on in the midst of some fans of the two Nollywood artistes, Emeka Ike and the million admired Andy Ike has been cleared; on if the duos are related. The argument raged like one in a soccer match, but later resulted when the former was called on phone for clarification.

Andy Ike who just celebrated her birthday in Owerri dismissed the claim, but corrected the impression through a telephone chat. She furthered that Emeka Ike is only a colleague in the showbiz industry, and not a brother, or neither is he a relative. “It keeps happening, even when they mistook Chika Ike of also being Emeka's brother; so it's not a surprise thing, but we will keep educating our fans,” she answered.

Meanwhile, we learnt that she celebrated her birthday alongside with Senator Osita Izunaso, the former senator that represented Orlu zone, in Imo West Senatorial district. The senator's birthday date suited with Andy Ike and was elaborately celebrated in grand style at the state's prestigious Sam Mbakwe Hall, Concorde Hotel. It was graced by great personalities in and outside the country, as the likes of His Excellency, Olusegun Mimiko, the Governor of Ondo State, Senator Chris Ngige, Senator Chris Anyanwu, Wife of the Imo State governor, Nneoma Nkechi Okorocha, the Imo State deputy governor, Sir Jude Agbaso, the Imo SSG, Prof A.G Anwukah and more others marked the attendance.

Highpoint of the event was the formal launching of his “Kpakpando” foundation project which resulted to empowerment of the physically challenged people. As if that wasn't enough, the people of the make believe industry showed their presence as they presented the movie that was shot in honour of the distinguished senator titled: The Good Man.

The movie which was shot and produced in Imo State was as well produced by Andy Ike while Patience Ozokwo was the executive producer, and directed by, Theodore Anyanji; it featured the likes of: Tony Umezi, Chiege Alisigwe and many others.