EDO AND THE CHALLENGE OF RESPONSIBLE GOVERNANCE 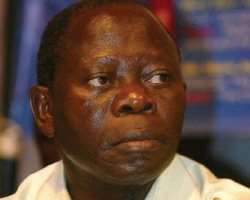 It was Harry Truman, the 33rd President of the United States of America who, while applying himself to the awesome responsibilities of the high office, put a plaque on his desk which read: “THE BUCK STOPS HERE!”

Indeed, Truman was not trying to carve a niche for himself as a ruler who was anxious to ride roughshod over the American people; the buck to which referred was his covenant of responsible governance with the Americans: that he would take responsibility for everything in government.

What, in fact, he was saying to the Americans was: “…You have chosen me as your president. You have imposed on me the responsibility of running the government. I am willing to accept responsibility for everything, the good and the bad. My officials can pass the buck if they so wish; I shall not.”

Truman was not a showman or man of theatre. He did not believe in flaky showmanship. He had a great opportunity to ensconce a universal concept of leadership which ought to be the guiding light for all who rule or aspire to rule.

He was articulating the philosophy of governance that should include voluntary acceptance of responsibility by the leader for direct or indirect acts of omission or commission of his lieutenants or agents or assigns and whether these omissions or commissions received his authorization or not.

This principle of ultimate responsibility ensures that, at any given time or place, there is someone who can be held accountable for what has gone wrong or what has been rightly done. Perhaps this was what informed the action, cruel as you may feel of the Economic and Financial Crimes Commission, (EFCC) when it began the manhunt for six former governors to come and give a detailed account of their stewardship.

In other words, the governors committed not the “sin of commission but of omission,” meaning negligence, doing nothing to prevent a wrongful act in spite of having the powers to do so or instigating a wrongful acts and pretending to know nothing about it. This is exactly the character of Adams Aliu Oshiomhole, Governor of Edo State.

Shortly after the Court of Appeal verdict that installed him as governor of Edo State on the November 14, 2008, he had called for the immediate employment of ten thousand youths under his Edo State Youth Empowerment Programme (EYEP). His reason was that since unemployment has become the bane of youth restiveness and following the role they played in his victory at the tribunal, he had to give them priority in terms of employment opportunities.

Six months later, he laid off half the number of the youths he employed and only three months ago the remaining youths were sacked and given a paltry sum of ten thousand naira each as payoff, thereby swelling the employment market.

In the wake of his electioneering in 2007, Oshiomhole secured the services of one Osakpamwan Eriyo Aka “No Moless” who operated in the fashion of “Rambo” of the American Movie. Osakpamwan did perform many wonders in the elections especially the subsequent House of Assembly bye-elections that took place in Akoko Edo and Etsako Central Local Government Areas.

He created an impressive record that rivaled the strange Sergeant Rogers of the Kudirat Abiola murder saga in the acts of commando that he (Osakpamwan) was assigned to perform. He was rewarded with the sole control of the touts that intimidated and manhandled innocent citizens of the state; he also became an instrumentality for collecting all sorts of levies especially at the Ring Road, Benin.

He formed the Road Transport Workers Association of Nigeria with headquarters in Edo and only exists in Edo till date. The electorate saw hell in the hands of these marauders. Two and a half years later, and in the course of doing the dirty jobs he was assigned, Osakpamwan had an altercation with a Bini Royal Prince, and by extension the Bini palace, which earned him sanctions. Interestingly, Oshiomhole quickly denied him and he (Osakpamwan) has been in oblivion till date.

Until a few months ago, one Major Lawrence Loye (retd.) was the Governor Oshiomhole’s man-Friday. He was in charge of the State Task Force on Demolition of Illegal Structures. The governor used him as a crown masquerade to inflict pains and hardship on Edo people in the course of demolition of properties which the governor termed as illegal structures.

For three years, Oshiomhole watched with glee the destruction of structures, market shops, houses along major streets of Benin without any iota of remorse or regrets. The victims of Loye’s demolition were consistent in their allegations of impropriety in the exercise; they alleged their properties were being demolished not because of proximity to the moat or road but more for their refusal to meet the demand for gratification and political bars.

These allegations remained in the public domains and were dismissed with a wave of the hand by Oshiomhole with a declaration that the exercise will continue; it was a classical case of sadism sadistic that killed the joy of the electorate.

In fact, Oshiomhole was not spared by public opinion, just as public outcry dogged the recent demolition of buildings belonging to Dr. Samuel Ogbemudia and Senator Roland Owie, both chieftains of the Peoples Democratic Party (PDP), and which (buildings) were nowhere close to the moat or the right of way.

Oshiomhole was caught pants down in his game of political imperviousness; his desperate attempt to save his face and shore up his sagging political image also failed credibility test: he had immediately ordered the arrest of Loye, bundled him in handcuffs into a waiting pick up van to be remanded in Oko prison custody.

The comrade governor, apparently washing his hands off Loye and his actions, declared: “I am handing you over to the police for prosecution for illegal destruction of properties; you will be prosecuted according to the law. Although the governor can revoke properties for public interest, I have not handed over that power to Major Loye and he cannot acquire these powers. If he seeks to use his personal biases to do what he has done, then he must be subjected to the rule of law and we must bring him to justice.”

This was the same manner one Colonel Moses Ejiebor (Rtd) was ignominiously booted out of office as chairman of the same Task Force sometimes in 2009 before Loye took over.

In his resignation letter to the governor, Loye reminded the governor of the instructions he was given when he was appointed and that he only acted within the bounds of that mandate and instructions by the governor. The question, therefore, is why does Oshiomhole shy away from accepting or taking responsibility in his governance of Edo State?

Perhaps, this act of covenant of responsibility was the thesis that informed the action of the Nigerian visionary leader, the late General Murtala Mohammed, when he did the purge of Nigerian Civil Service in 1975. Mohammed swept away top civil servants, including super Permanent Secretaries he thought should take the responsibility of the rot that endangered the growth of our society.

In other words, they committed not the sin of commission but what we might call the sin of omission-meaning negligence; doing nothing to prevent a wrongful act in spite of having the powers to do so. Simply put, they were guilty of vicarious liability, which is what Oshiomhole naively tries to, but cannot successfully sidestep in Edo.

In the same vein, the ex-Super Eagles Chief Coach, Samson Siasia, had to take responsibility for the failure of the Nigerian Team to quality for the African Cup of Nations Tournament.

Siasia was not the goalkeeper who could not stop the balls from crossing the goal line nor was he the captain who failed to co-ordinate his players in the football field, neither was he the strikers who failed to score the goals needed for victory; but, as the head Coach, he had to take responsibility.

This kind of sin may arise either through incompetence or carelessness or through any other disability but as far as the establishment of guilt or innocence is concerned, the reason is not important. It is the act or the omission.

But a ruler like Oshiomhole may not have acquired such virtues before he found himself on the seat of power. This handicap does not, in any case, absolve him from meeting the very high expectations of the populace once he is in office. You may say that a society deserves the kind of leader it deserves: a bad society, a bad leader; a good society, a good leader. It isn’t quite so. Every society, good or bad, wants a good leader even if it is by its collective political and social etiquette undeserving of one. This is where Governor Oshiomhole has failed.