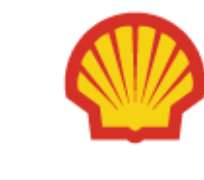 'There have been 10 additional oil bunkering incidents in the Eastern Niger Delta since Shell shut down production from Imo River on the August 28, this year, following an upsurge of sabotage activities, which have severely impacted the environment,' the company said in a statement on Wednesday.

'Some of the latest incidents are on the Okordia-Rumuekpe trunk line, Imo River-Ogale trunk line and Buguma-Alakiri trunk line. Four separate incidents were reported on sections of the Obigbo North delivery line at Komkom and Ogale,' the firm added. An overfly showed unknown persons had drilled holes and installed valves to transfer crude to waiting barges and trucks and, in the process, polluting farm lands and water bodies.

'We are very disappointed that oil thieves are still at work,' said Tony Attah, vice president, HSE and Corporate Affairs, Shell Sub-Saharan Africa.'This is why we call for concerted efforts to help stop this criminal activity which not only puts the lives of the perpetrators and the public at risk but causes severe environmental impact and impacts the communities in the area. It also wastes badly needed revenue to finance development even in the same areas in which the activities are taking place.'

Some 16 oil theft points were discovered in Imo River field in September alone. The unprecedented scale of crude theft in the area forced SPDC to shut the field, resulting in deferment of about 25,000 barrels of oil per day. Production will remain suspended until the crude theft and refining activities have stopped.