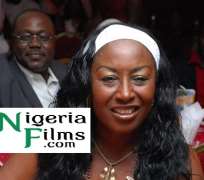 The former Senator representing Orlu Senatorial district last week took the show of the week as some movie stars and practitioners stormed the heartland city of Owerri in celebration to the one year that was added to his age, which is purely a birthday bash.

Highpoint of the event was the formal luncheon of his foundation project which resulted to empowerment of the physically challenged people. As if that wasn't enough, the people of the make believe industry showed their presence as they presented the movie that was shot in honour of the distinguished senator titled: The Good Man.

The movie which was shot and produced in Imo State was produced by Patience Ozokwo popularly known as Mama G and directed by, Theodore Anyanji; it also featured the likes of: Tony Umezi, Patience Ozokwo, Andy Ike, Chiege Alisigwe and many others.

The senator whose birthday marched with one of the stars, Andy Ike was elaborately celebrated in grand style at the state's Sam Mbakwe Hall, Concorde Hotel. It was graced by great personalities in and outside the country, as the likes of Mimiko, the Governor of Ondo State, Senator Chris Ngige, Wife of the Imo State governor, Nneoma Nkechi Okorocha, the Imo State deputy governor, Sir Jude Agbaso, the Imo SSG, Prof A.G Anwukah and more others marked the attendance