AN OPEN LETTER TO THE SULTAN 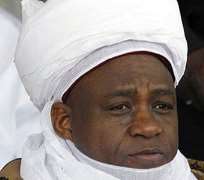 His Eminence, Sir
The Sultan of Sokoto and President-General,
Nigerian Supreme Council for Islamic Affairs

May Allah (SWT) continue to guide, protect and grant you more wisdom to do your best for Nigeria and the Muslim Ummah. Amen. While also wishing you good health as this message reaches you, I implore you to receive the words with the highest spirit of patriotism, broadmindedness and love for Nigeria and Muslim minorities of the Southeast.

Surely, you are the leader of the Muslim Ummah in Nigeria. And Allah (SWT) commands Muslims to obey Him, His Messengers and the leaders of their time.

There are few things I would like the His Eminence to hear and consider in the best interest of the Muslim Ummah at large and the Muslim communities in the Southeast.

One, the Sultan is supposed to be extremely considerate of genuine requests from the Islamic minority communities. There is no one highly placed who does give listening years to their plights, not to talk of attempting to solve them save him. So, it should never be regarded as burdensome to receive queues of seekers or trails of requests from this part of the country. An instance was a personal visit to His Eminence in Sokoto for support to launch books aimed at boosting understanding of the religion. It cannot be argued that he may have thousands of such requests from other writers, but what was requested was not even financial support but the moral of being part of the public presentation even by representation. Several efforts made to get his ears failed despite the promises that the request will be studies by the late Prof. Gwandu (rahimahul-Lah).

Two, the refusal of the Ebonyi State Governor to sponsor Muslim pilgrims to 2011 Hajj, whereas Christians were sponsored through their local government areas with the same public funds. The excuse given was the minimum wage which all other Governors in the South have to contend with. It was only Ebonyi that refused Muslim pilgrims sponsorship including even the board members. No local government council ever sponsors non-Christian pilgrims.

Three, are the matters with Islamic Centre in Afikpo. Vanguard Newspapers of 17th September, 2011 carried an interview by the founder and Senior Pastor of Lagos-based Living Waters Unlimited Church, Reverend Oladimeji (Ladi) P. Thompson titled “Jonathan may be Nigeria’s last president”. In the interview the Reverend made some instigative statements that have often led to negative tendencies in the past. Hear him speak, ““Whether you like it or not, there are camps and places where people are being trained in the South South and we now have more Igbo Muslims in Nigeria than we have ever had in this country. Why? They have quietly entered through sponsorships, spending money. There is one school in Afikpo where people are offered scholarships and given free food. As soon as you adopt the Islamic religion, you will be sent out of the country to radicalize you more. In the South South, there are militants milling around in the name of petty traders.”

I am bringing this to the Sultan’s notice for record purpose and to advise his exalted office to caution on such utterances that have caused problems to the school in the past. The school was once seriously attacked by hoodlums during Governor Sam Egwu’s regime surely because of this kind of instigations.

Islamic Centre in Afikpo is a school which has benefitted the Muslims of the area as well as the Christians and pagans. It used to offer scholarships to students in the past. The school offers Arabic, Islamic and all secular subjects. It is used to be rated as one of the best schools in Ebonyi state. Its students have represented Ebonyi in educational competitions.

The people of the area hardly see the school as theirs due to its leadership. Related cases of acquired property within the vicinity were clear pointers to this. The people feel that for the school to be recognized much more than being foreign, the leadership must be home-based.

In pursuant to this laudable goal, efforts from both the Muslim youths and community leaders have been on. More often have letters been written to World Muslim League (Rabita) and Nigerian Islamic organizations to come to the rescue of the deteriorating standards of education.

In one of such letters titled, “Reporting Southeast Muslims’ plight and seeking reformation of education and management of Islamic Centre, Anofia, Afikpo”, the community leaders lamented that Islamic minorities in the Southeast suffer a total breakdown in the propagation of Islam because of lack of support from the Islamic majorities.

Identified specifically was Islamic Centre which was formally known as Centre for the propagation of Islam in the Southeast before the arrival of the Muslim World League in the early 80s to rehabilitate it through the efforts of an illustrious son of Anofia, Sheikh Haroun Ogbonnia Ajah. Sheikh Haroun is the current representative of Jama’atu Nasril-Islam (JNI) in the National Hajj Commission of Nigeria (NAHCON) which is part of His Eminence supports and recognition to the Southeast Muslims.

It was contended by the leaders that the Centre has rather become a great setback to the propagation of Islam in the Southeast for misadministration of the establishment, thus resulting to the following:

- Stronger opposition of the non-Muslims and their tireless efforts to uproot the Centre because they regard the administrators as inconsistent, unpopular, alien and rather inhumane, contrary to the ethics and morals of Islam.

- Daily withdrawal of Muslims around the Islamic Centre because of what they call non-challant attitude of the administrators of the establishment to the plights of the Muslims in the host communities. Those who have left Islam and have unfortunately converted to Christianity say, when asked, that if centre remains as it is, then their former concept that Islam was for the Arabs and Hausas was correct. Thus, they preferred to return to their former faith which they construe as tolerant, balanced and humane in its preaching and direction.

- The Centre has through the manipulations of its administrations caused disunity and somewhat enmity among the Muslim minorities of the region.

The leaders identified one Dr. Fadlu Khalud who they said is a citizen of Niger Republic and Sheikh Mama Usman Mando who they said is a Togolese as playing games with Islamic Centre from Abuja for no benefit of Islam in Anofia and the Southeast, asserting further that:

- No fewer converts have been attracted to Islam as was the situation before when the inhabitants of Anofia and around embraced Islam and practiced it without much difficulty.

- Lack of proper enlightenment for the Muslims in this area. Thus, the Islamic propagation outreach is very sluggish and ineffective because of improper mobilisation and funding.

- The Southeast have very capable Islamic scholars who when properly motivated, integrated and utilized can affect positive Da’wah in the area.

The leaders, therefore, sought the reactivating Islamic Centre Anofia by entrusting its affairs upon the shoulders of the Southeast scholars. They also sought, among others, for the offering of yearly scholarships to Muslim youths from the Anofia and Afikpo in particular and the Southeast in general to further their education in different fields of human endeavours so that they can compete effectively with their counterparts in the region, and granting the Muslims of the host community of Islamic Centre Anofia the opportunities to perform hajj from some of the chances given through the embassy of the King of Saudi Arabia.

There is an urgent need to act. Currently, the youths of the area under the aegis of Enohia Itim Muslim Youths Forum expressed anger over the deplorable situation in the Centre to the extent that the mosque inside the centre has dilapidated and has been stunk with leakages. They are said to be threatening brine and stone if the leadership is not changed.

This is a call to the Sultan, as the leader of the Muslims in Nigeria, to investigate and act faithfully for the best interest of Islam and Muslims in the region and Nigeria. Was-salam.