ANKARA ON PARADE AT FASHION SHOW 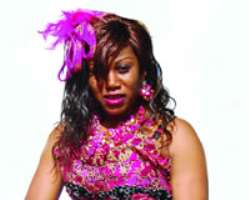 Debby Classique Magazine and Designs organised its 4th edition of their annual fashion show which took place at D-Jamz Base Fastac, Lagos. This year's event was celebrated in a grand style with the display of local fabric, ankara. The talented and stylist designer in her bid to celebrate the rebirth of ankara showcased most of her creative designs in different colours and designs, with beautiful ladies and stylish models walking the runway. The men designs were not left out since Debby fashion house also designs men's wear in a more stylist designs.

Speaking about the event, Mrs. Deborah Njoku the Chief Executive Officer (CEO) of Debby Classique Magazine and Designs Limited said her passion for fashion designing especially creating designs with the local fabric called ankara, has made her to put up the ankara show annually to enable people gain from her experience as well showcase her designs to the world. She further stated her desire to win the people's heart over patronizing the great fabrics for making dresses for both men and ladies because ankara has come to stay in Nigeria fashion industry.

In her speech, a notable Nollywood actress, Mrs. Gloria Young advised Nigerians to patronize ankara especially women instead of dressing like the Westerners. She also commended former President Obasanjo for introducing it in government as during his tenure most women and men wore ankara to government functions. She also appreciated Debby's sense of creativity especially organizing ankara show annually to showcase African attires.

Among the celebrities, who attended the show, were talented actress Racheal Oniga, Nobert Young Tony Umez and uprising actress, Ejiro Okurame, among others.